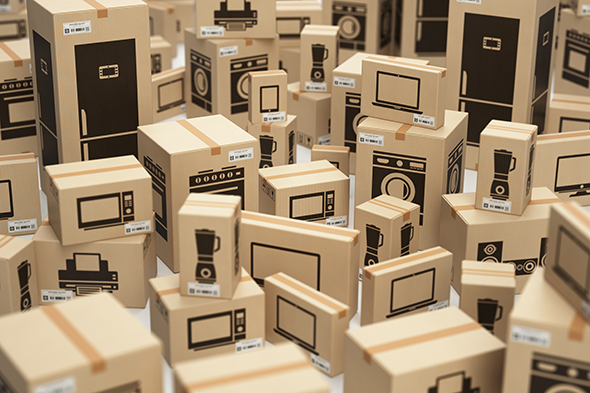 Every organization handling Dangerous Goods knows (or ought to know) that employees meeting the definition of a “hazmat employee” need to be trained in accordance with 49 CFR, Part 172, Subpart H, unless otherwise excepted.

Who’s a hazmat employee? The short version of the definition, from Part 171.8, is: “A person who … directly affects hazardous materials transportation safety.”

That definition pretty much covers anyone who works in Dangerous Goods transport for a living. But lots of other people deal with hazmat in ways not specifically covered by DOT regulations. These folks have a role in hazmat safety, too. What sort of training should they receive?

With e-commerce retailers playing a larger role every year, Jessop sees a need for much broader hazmat education to ensure public safety.

She says, “My husband ordered a drone, which came with two spare lithium-ion batteries, and the shipper just put it in a box in regular mail, no marks or labels. That’s not uncommon—a company in the UK shipped a radioactive element in the post in an unmarked envelope!”

“We need to reach manufacturers and let them know they can’t do this. The biggest problem is people simply not knowing what Dangerous Goods are. There’s plenty of information you can download from the PHMSA website, but you have to know what PHMSA is in the first place.”

To make e-commerce companies more aware of the need for hazmat compliance, she recommends Dangerous Goods training for people who don’t necessarily fit the definition of hazmat employees: call center employees, salespeople who travel with samples and people who work at post office outlets.

She specifically recommends 49 CFR training for employees who transport “materials of trade”—specific amounts of regulated substances that are transported for use on the job, such as painters carrying commercial-sized containers of paint from a warehouse to a job site.

“It’s a matter of public awareness,” she says—and the general public should receive education, too. “Think about what’s under your sink, or in your garage. People should understand they’re surrounded by materials that can pose a hazard—that they might not be able to mail a bottle of perfume as a gift because it’s a flammable liquid.

“You don’t want to scare the pants off people, but how do we get this message out?”

Hazmat incident response—knowing when you don’t need to panic

With 30 years’ experience at CHEMTREC, Joe Milazzo has spent his career giving responders the information they need to address Dangerous Goods incidents. So he’s seen firsthand where stakeholders throughout the supply chain could benefit from better, more extensive training.

“Accountability changes as a load moves through the supply chain and the links get weaker,” he says. “We’ve had drivers call us and ask for placarding information. We can’t give them that, and they should never leave the site without it.”

He suggests truck stop management should receive training specific to incidents they’re likely to see. “Out in the middle of the road, the expertise gets watered down. It’s not a lack of effort or initiative—they’re trying to do right thing—but sometimes they only make it worse by not having a total understanding of all the information and resources available.

“It could possibly save them and their clients significant time if they know more than to just contain the spill with sand, and then call the fire department.”

Milazzo has nothing but respect for the first responders who keep hazmat incidents from becoming worst case scenarios, but he believes their training could be more productive if focused on the most likely incidences. “A lot of responders overly focus on the ‘school bus and chlorine cloud’ scenario, and this is something I’ve never encountered in 30 years.

“Let’s take a truck with lithium batteries, corrosives, flammables. Multiple hazmats require a significant and intensive response, so if I’m a local responder, I’d want to train up on responding to an incident with multiple small packages. One fire marshal I worked with actually wanted dummy paperwork drawn up listing multiple chemicals to train his team.

“We all know hazmat is hazardous, but people sometimes panic without having a full understanding of what is involved. If nobody’s hurt, take a breath and step back. Call the CHEMTREC number. You don’t always have to close the whole truck stop for a spilled cleaning agent.

“Training is just knowing how to get the right information to make your life easier.”

CHEMTREC—a service of the American Chemistry Council—is the world’s leading source of emergency incident support for shippers of hazardous materials. Labelmaster is proud to be the exclusive label manufacturer for CHEMTREC.