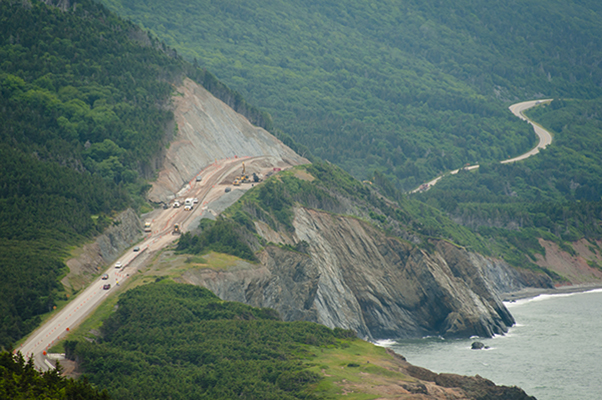 If you work in Dangerous Goods in North America or Europe, you’ve probably complained at one time or another about the complexity of ever-changing hazmat regulations.

Diego Gotelli would like you to know that, compared to Dangerous Goods pros in Latin America, you have it easy.

Gotelli, director of the Argentinian emergency response agency CIQUIME, stole the show at the 2018 Dangerous Goods Symposium with his tale of a phosphorus oxychloride delivery from San Antonio to Buenos Aires. His presentation highlighted the patchwork of regulatory protocols governing hazmat transport in Mexico and Central and South America.

Here’s the story behind that story.

Three years ago, Latin American nations from Mexico to Argentina based their rules for Dangerous Goods ground transport on seven different editions of the UN model regulations—from the seventh update to the seventeenth. Today, those same nations follow just five editions, from the eleventh through the nineteenth. 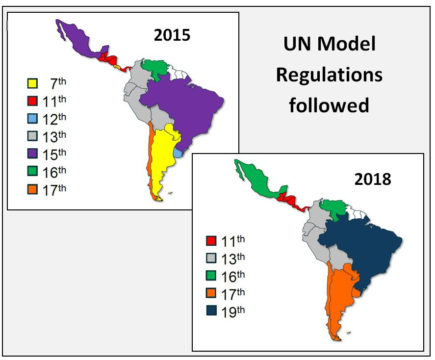 That’s progress—and Gotelli has been one of its primary drivers.

Since the mid-’90s, he’s been part of the international working group generating the quadrennial Emergency Response Guidebook (ERG). He and a collaborator from PHMSA decided to investigate which UN model regulations each nation followed, and he realized the lack of harmonization was making cross-border trade far too difficult.

“It took five years to get answers from each country,” he says. “I gave seminars and met with different authorities in each country to get them to update their regulations. Authorities are getting more conscious of the need for harmonization.”

But clearly, there’s more work to be done. To demonstrate just how much, he came up with a road trip no sane shipper would undertake.

What would it take to drive a truckload of phosphorus oxychloride (UN 1810) from San Antonio to Buenos Aires? How would you handle the changing hazmat regulations, and what kinds of penalties would you incur if your placards or shipping papers were wrong?

Gotelli decided to find out. He diagrammed a theoretical haul down the Pan-American Highway from Texas to Argentina, with each placarding and documentation change required. Here’s how it went: 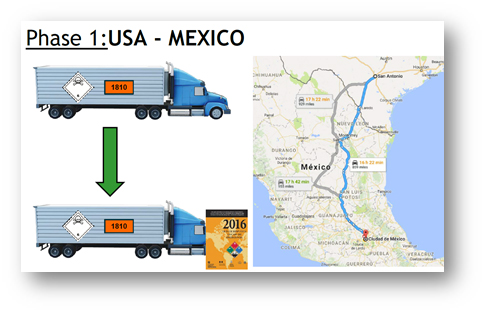 So far, so good. Just make sure you have the Mexican version of the ERG. 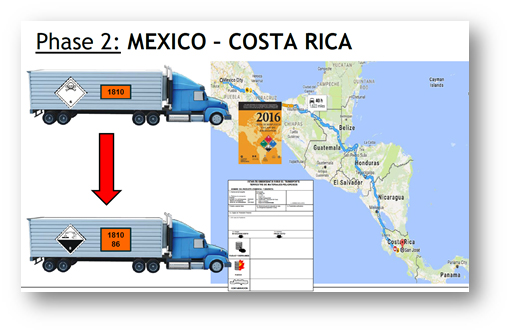 Because Costa Rica (along with all of Central America) still bases its rules on an older edition of the Model Regulations, your phosphorus oxychloride has changed from a Toxic Class 6 to a Corrosive Class 8. New placards, new documentation. 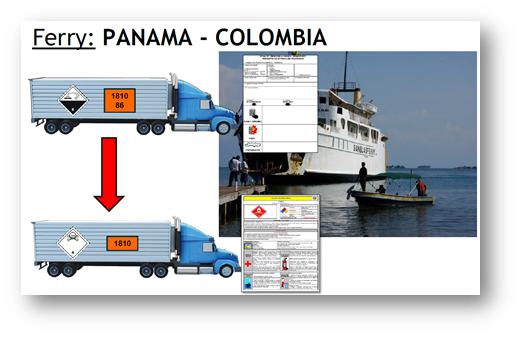 The Pan-American Highway is interrupted between Panama and Colombia by a 60-mile stretch of marshland. During the ferry ride, your phosphorus oxychloride becomes a Class 6 material once again. 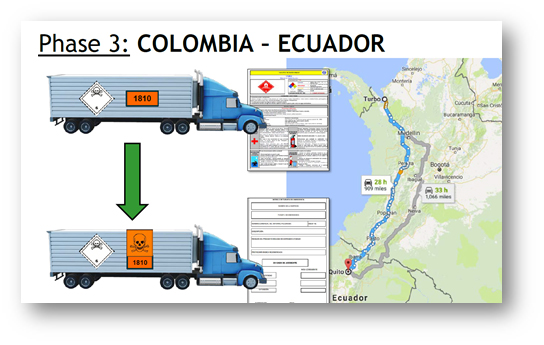 Crossing from Colombia to Ecuador, you just need to add another Toxin placard—and come up with completely different papers. 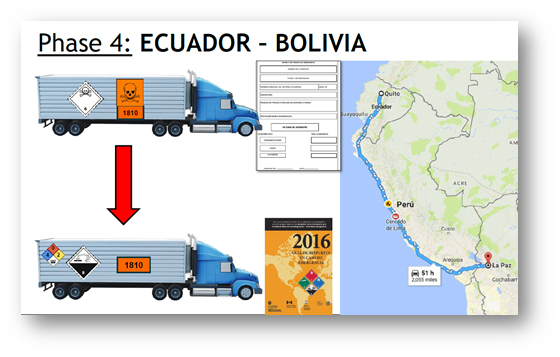 Before you enter Bolivia, lose the Toxin placard, change back to Corrosive Class 8 placarding and add a numbered hazard communication placard, and climb 10,000 feet! 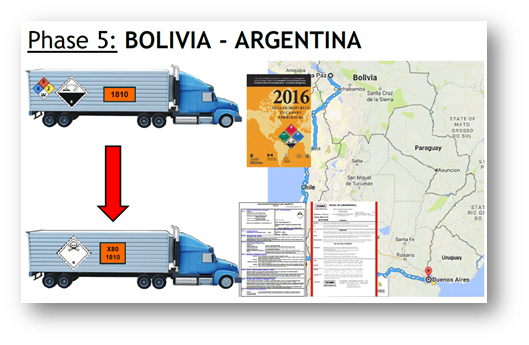 The home stretch! Change back to your Class 6 placard, swap your orange hazard placards, make sure you have the Argentinian ERG, pull up all-new documentation, and you’re ready to make your delivery.

Over the 10,500-mile trip, Gotelli calculated that the very same phosphorus oxychloride spent half the trip as a Class 6.1 and half as a Class 8. The trip required four placard changes and five different documentation formats. If cited for violations at each border crossing, the penalties would have totaled at least $30,000.

The unharmonized regulations governing Latin American hazmat transport are an expensive headache for organizations shipping into, across and out of the region.

Gotelli explains, “Multinationals will often placard according to the current model, and they don’t re-placard for local regulations. That’s a problem for smaller companies. They can use the most up-to-date versions, but their insurance companies may require them to comply with local regulations or they won’t be covered. So they use both.”

He vows to continue working to harmonize regulations throughout Latin America. “It’s my wish before I retire. Yes, it can happen, though it may take 15 or 20 years. But Europe did it 30 years ago, and so can we.”

Download this complete chart of which Latin American nations follow which regulations, along with URLs for each regulatory body.