Year after year, no transport mode sees more Dangerous Goods regulatory changes than air transport. That’s why it’s essential to have a complete grasp of each year’s changes as soon as possible—and why now is the time to order your copy of the 58th Edition of the IATA Dangerous Goods Regulations.

Here’s a preview of what you can expect in the 2017 IATA DGR: 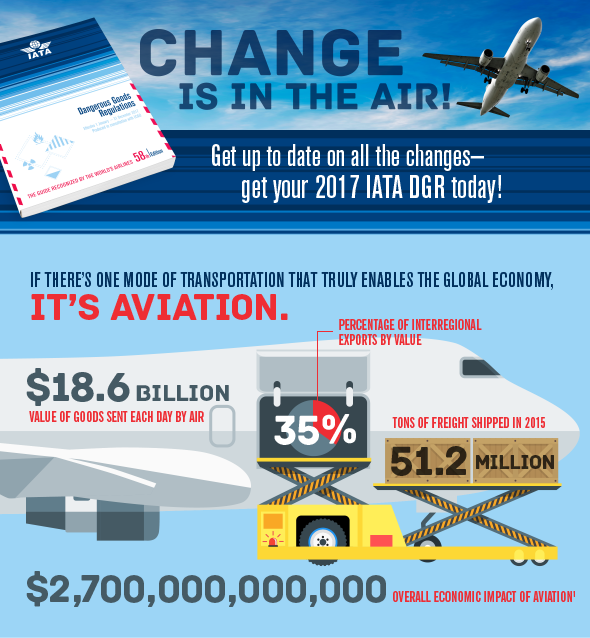 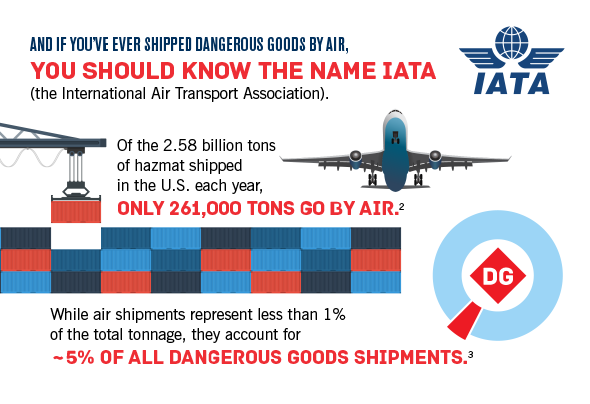 In late July, IATA released a document summarizing the changes that will appear in the 58th edition of the Dangerous Goods Regulations (IATA DGR), which will become

CHANGES ON THE FLY

A new paragraph was added (1.2.8.2) that clarifies what happens if the regulations change while your shipment is in transit.

Bottom line—if the shipment was compliant when it left, it’s OK through to its destination.

When shipping liquid dangerous goods, section 2.6.5 now allows for the absorbent material to be either in the intermediate packaging or the outer packaging.

Among the changes to the List of Dangerous Goods (4.2), the entry for UN 3480 (lithium batteries) now shows “forbidden” across columns I and J to reflect the April 1, 2016 rule that restricted UN 3480 to Cargo Aircraft Only.

All the entries for lithium batteries in the List of Dangerous Goods (4.2) have been revised to indicate the new lithium battery Class 9 label.

This new hazard class label comes into effect January 1, 2017 with a two-year transitional period during which time the existing Class 9 — Miscellaneous hazard label may still be used.

New provisions in section 5.0.1.12 have been added to allow (with the approval of the authorities of the States of origin and the operators) for the use of UN specification large packagings for articles that weigh in excess of 400 kg (880 lbs.).

These are just a few of the changes you can expect in the new IATA DGR. There are new provisions for polymerizing substances (PI 459), new subsidiary risks assigned to uranium hexafluoride (yes, both fissile and non-fissile) (4.2) and new provisions for calculating the internal pressure of liquefied gasses charged with a compressed gas in a cylinder (PI 200).

Labelmaster is an official IATA Publication Sales Agent. Our teams are ready to help answer any and all questions regarding these changes, and we have the packaging, labels, marks and documentation you need to stay compliant!