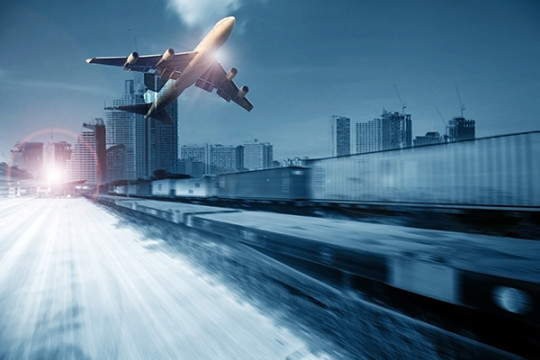 In late July, the International Aviation Transport Association (IATA) released a summary document in reference to the changes that will appear in the 58th edition of their Dangerous Goods Regulations (IATA DGR). This edition will become effective on January 1st, 2017.  While many changes are of a minor or administrative nature, a number of significant changes have been made as well. Here is a link to review the document.

Several major points appear, including those listed below. Please note that the language here is taken directly from the summary announcement document released by the IATA organization but may be edited or slightly clarified for brevity, and that this list is not comprehensive (the comprehensive list is available via the provided link):

1.4—The requirements related to the provision of information to passengers have been revised.

2.6.5—The packing provisions have been revised to allow for the absorbent material to be either in the intermediate packaging, or the outer packaging for liquid Dangerous Goods.

3.0.1.5—A new paragraph has been added to set out the provisions for where a shipper identifies, by testing, that a listed substance has a subsidiary hazard not identified in the list of Dangerous Goods. The new provision identifies that the shipper must with the approval of the appropriate national authority either use a “n.o.s.” entry or ship the substance under the listed entry with the addition of the subsidiary hazard.

3.4.1.4—Provisions have been added for the classification of polymerizing substances. The provisions are analogous to those for self-reactive substances.

5.0.1.3—Dangerous Goods in unit load devices and freight containers. The provisions have been revised to allow for unit load devices (ULD) that contain UN 3373 or ID 8000 to also contain dry ice as a refrigerant.

5.0.1.12—New provisions have been added to allow, with the approval of the authorities of the States of origin and of the operator, for the use of UN specification large packagings for articles that weigh in excess of 400 kg.

PI 220—Is a new packing instruction added for engines and machinery powered by a flammable gas.

PI 378—Is a new packing instruction added for engines and machinery powered by a flammable liquid.

PI 950 and PI 951—These packing instructions have been revised to remove provisions for engines.

PI 954—Has been revised to include allowance for UN 3373, Biological Substance, Category B and ID 8000, Consumer Commodity, to be in a shipper loaded unit load device with the dry ice.

*There is a 2-year transition period until 31 December 2018 to allow shippers to implement the lithium battery mark.

PI 972—Is a new packing instruction added for engines and machinery powered by a fuel classified only as environmentally hazardous.

There are numerous editorial amendments to change the word “marking” or “markings” to read “mark” or “marks”. This reflects the correct English usage where what is applied to a package is a “mark”, whereas “marking” is the act of applying the mark.

7.2.2.4—The provisions on additional text on hazard labels have been revised to identify that for the new Class 9 – Lithium Battery hazard label the only information permitted in the bottom half of the label is the pictogram and the class number.

8.1.6.9.2—Clarification has been added on how the identification number for multiple overpacks should be shown.

8.1.6.9.4  Step 9—The list of special provision numbers that are required to be shown in the “authorizations” area of the Shipper’s Declaration has been revised.

8.1.6.11.7—The paragraph identifying that for shipments of lithium batteries prepared under Section IB of PI 965 and PI 968 that the information required on the additional document may be included on the Shipper’s Declaration or may be on an additional document has been deleted.

8.1.6.13 and 8.1.6.14—Revised to remove the mandatory requirement for title of the signatory and the place that the Shipper’s Declaration was signed. This information may still be provided, but is no longer mandatory.

9.1.3.2—A new paragraph has been added to require that the operator must be able to identify the person who performed the acceptance check.

9.1.9—A new paragraph has been added recommending that operators conduct a safety risk assessment for the transport of Dangerous Goods.

Appendix C—There are revisions to the list of organic peroxides.

Appendix H—A new appendix has been added for this edition to provide the draft changes to address the implementation of competency-based dangerous goods training. The purpose of this material is to invite comments from all segments of industry: shippers, forwarders, ground handling agents, operators and training providers on potential changes to Subsection 1.5 to implement competency-based dangerous goods training.

Labelmaster, an IATA partner, is a full service provider of goods and services for the Hazardous Materials and Dangerous Goods professional, shippers, transport operators, and EH&S providers. See our full line of solutions at www.labelmaster.com.