It’s easy (and often fun) to criticize movies and TV shows for getting things wrong, especially if it’s in an area near and dear to your heart. Whether it’s an anachronistic costume element, an improperly restored vintage car, or a storyline that violated established franchise canon, there are plenty of people out there ready to enthusiastically share their nitpicks with the world online.

But what about the times the shows got it right? When someone on the production team went the extra mile to add a particularly authentic detail knowing that most people would never even notice?

We think that deserves some recognition, too.

While they may not always get everything exactly right, here are three TV shows that made the effort to portray the world of Dangerous Goods/hazardous material transportation correctly.

The brave men and women of Firehouse 51 have faced a wide range of dangerous situations in the Windy City over the years, but in episode nine of season four, they had to contend with a delivery truck carrying a leaking bulk container of liquid hydrogen. 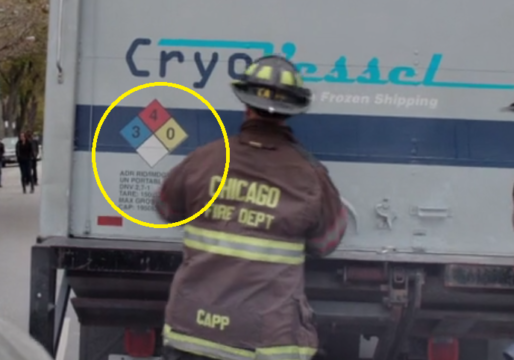 There wasn’t any placarding visible on the truck, but the show producers did get the National Fire Protection Association (NFPA) numbers for liquid hydrogen correct. 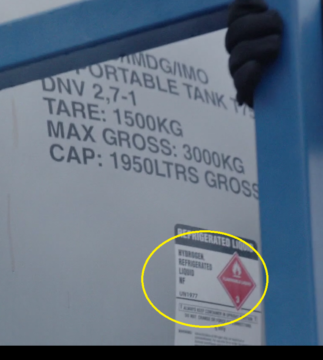 That’s a pretty good-looking warning label on the tank, but it has the wrong hazard class identified  Liquid hydrogen is a flammable compressed gas (hazard class 2.1), not a flammable liquid (hazard class 3). And if you look closely, you’ll see “UN1977,” which is actually the code for nitrogen, refrigerated liquid. So close… 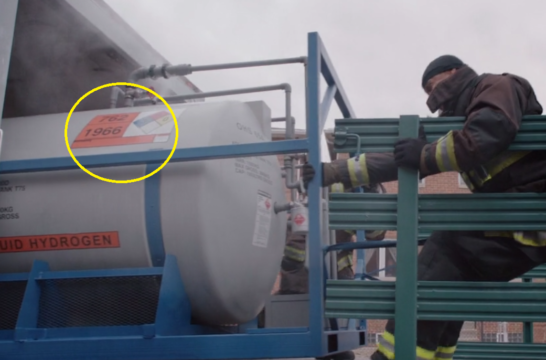 They did get the UN number correct on the UN orange label: 1966. However, the orange plate with the NFPA diamond on it is actually an EU ADR marking—it would only have a transport diamond (presumably for UN1966) as opposed to the NFPA symbol if the truck were in Europe, not Chicago! In other words, the entire marking is incorrect for U.S. use.

And, when the firefighters couldn’t evacuate the area around leaking tank for the recommended 800 meters in all directions (assuming they read ERG Guide #115: Gases-Flammable Including Refrigerated Liquids), they were able to move the tank to a safe location before it (inevitably) exploded.

The creators of Archer, an animated spy series on FX, put an extraordinary amount of time into the details of the show. Elaborate, painted backgrounds set the stage for faithful reproductions of classic spy gadgetry and very specific models of cars, boats and airplanes, so it’s not surprising that, when the script calls for the inclusion of Dangerous Goods, the writers are going to take the time to get the details right. 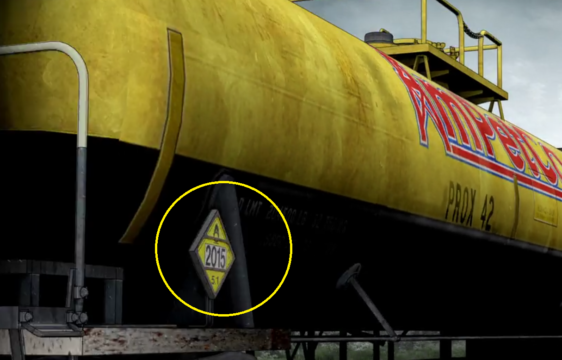 In episode four of season four, Sterling Archer and his stepfather escape from a dangerous situation by hopping a freight train. Adjacent to the box car Sterling and his stepfather boarded is a DOT-111 tank car sporting the proper placard for an oxidizing material: hydrogen peroxide (UN2015). 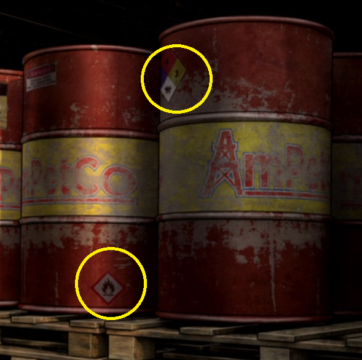 In the background of the boxcar interior, you can make out NFPA labels on the rusted drums, along with a GHS pictogram for “flammable.”

Neither of these DG references had anything to do with the plot or the action going on at the time, but someone thought it was important to accurately depict the hazardous materials being transported.

There’s no entry in the 49 CFR 172.101 Hazardous Materials Table  (HMT) for crystal meth, but there is certainly plenty of danger involved for Walter White and Jesse Pinkman.

Say, for example, you need to dispose of a drum of hydrofluoric acid in which you’ve just dissolved the body of an uncooperative co-worker. 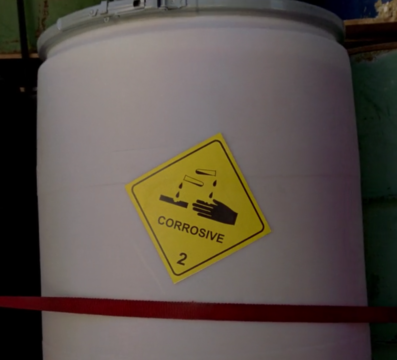 The label may be the wrong color and list the wrong hazard class number, but at least it’s something. Now, the truck will need proper placarding to haul the drum away. 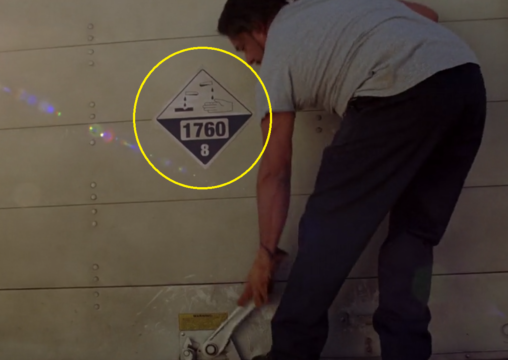 Fortunately, having a commercial laundry operation as a cover business means you’re routinely hauling corrosive cleaning liquids, which do happen to fall under UN1760.

One of the primary ingredients used for manufacturing the crystal meth in Breaking Bad is aqueous methylamine. 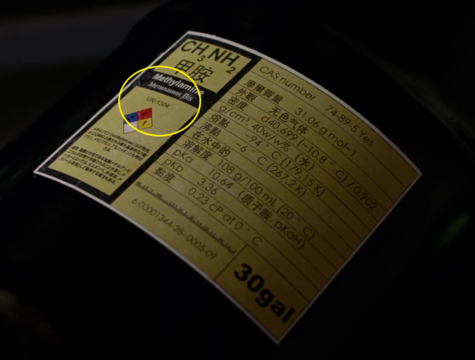 Again, this is a good effort at representing what an international drum label might look like, but the UN number is incorrect (it should be UN1235) as are the NFPA diamond numbers (blue should be 3, red 4 and yellow 0).

Later in the series, we see an entire tanker car of methylamine from which Walt and Jesse steal 1,000 gallons at a grade crossing.

Working the valve underneath the tanker, we see Jesse cut, and then replace, a metal security seal. 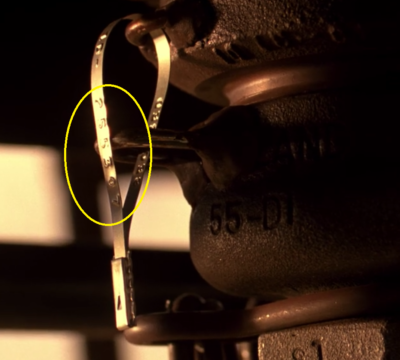 It’s not clear if the numbers on the replacement seal matched the original, but it’s a nice touch to show the team was thinking about security procedures. 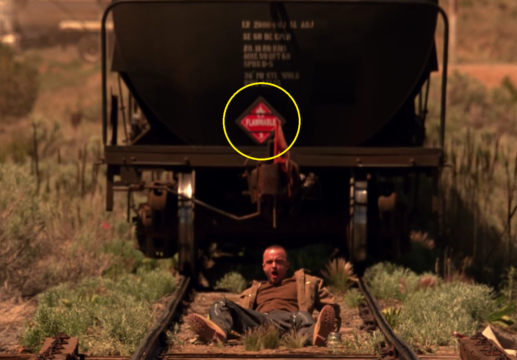 And as a final shot in that scene, we see the Class 3 Flammable placard on the tanker, which is correct, although it should have been accompanied by a Class 8 Corrosive placard as well.

Using the right labels and placards in a TV show won’t make or break a series, unless the networks are working on a show all about Dangerous Goods shipping regulations. (CSI: CFR maybe?) But, for those of us who work in the world of hazmat shipping every day, it’s nice to see production teams making an effort to get things right.

Do you have a favorite DG handling or shipping moment from a movie or TV show? Please leave a comment—we’d love to hear about it.

All image copyrights are the sole property of their respective owners.