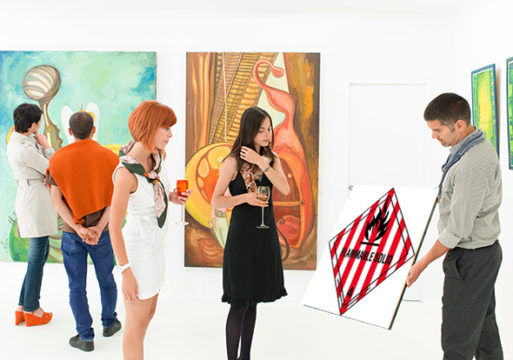 Some of our friends and customers shared a lively LinkedIn conversation recently about the merits of the new Class 9 lithium battery labels.

“That cluster of objects looks like my alley on trash day,” he wrote. “If lithium batteries are so dangerous, why does this drab, murky label make me yawn?”

North, of course, is no ordinary critic. He’s also a hazmat aficionado—last year he reviewed our floor sign collection—so we asked him to turn his discerning eye on our hazmat labels and markings. Here’s how he ranked his favorites and least favorites:

North concluded, “I like to think of each hazmat label as someone’s attempt to capture the essence of a hazard or warning with nothing more than text, images and color. Some of those combinations work better than others, but they’re all vital to protecting people who work with hazardous materials.”

Labelmaster carries labels for every shipping and workplace situation, and they all come with Labelmaster expertise. Call 800.621.5808 to speak with one of Labelmaster’s experts.