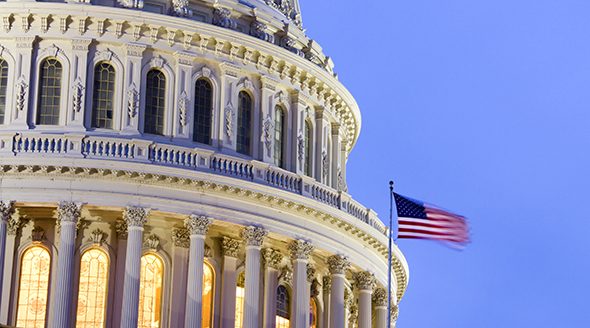 The Frank R. Lautenberg Chemical Safety for the 21st Century Act—an overdue reform of the Toxic Substances Control Act of 1976, better known as TSCA—has passed both houses of Congress. President Obama will soon sign it into law.

Why? Because this TSCA reform is an example of how Washington should work. Years of bi-partisan compromise have created legislation that will benefit industry, the economy and the environment.

Does everyone like every provision of the new law? Of course not—that’s what “compromise” means. But nearly everyone believes it’s a big improvement. Here’s what chemical manufacturers and their customers can expect in the coming years.

More efficient scrutiny for all chemicals—new and existing

Under the 1976 TSCA, the Environmental Protection Agency (EPA) has focused on evaluating new materials as they’re introduced. This piecemeal approach has led to what many believe is undue scrutiny for newer chemicals, while older, previously approved chemical substances could only be restricted by the EPA for new uses.

The new law institutes a chemical inventory “reset,” which will assess the entire inventory of “active” chemicals—those manufactured during the last 10 years. Initially, from that list, EPA will evaluate risk and restrictions for the 10 highest priority substances, based on persistence, carcinogen risk, and toxicity.

With something like 85,000 chemicals to consider, the process won’t be fast (EPA must complete the initial 10 evaluations with 180 days of enactment, and 20 evaluations within three and a half years). But it will be more efficient and consistent, as EPA focuses its attention on the substances that require it most.

When EPA evaluates a chemical under the new law, the agency will take into account factors beyond what can be tested in a laboratory, including:

Yes, EPA will now—in theory, anyway—consider the economic consequences of banning or restricting a substance. But before manufacturers and processors get too excited, consider that a substance that right now is lightly regulated may face tighter restrictions if it, say, goes into products used by children.

The new law won’t prevent states from imposing tighter restrictions on substances, but it will suspend state action while EPA is evaluating a substance.

It will also make life simpler by pre-empting state laws that are fundamentally identical—but only on a case-by-case basis once EPA takes action. And, depending on a chemical’s status in the inventory reset, the EPA may not take action on a particular chemical for years to come.

What’s more, the new law grandfathers in several exemptions—looking at you, California—and allows requests for waivers.

So, while TSCA reform won’t create the ideal of a blanket policy defining identical regulations across all 50 United States, it should eventually create a more homogenous regulatory environment. Manufacturers, as always, will need to proceed with caution.

The Lautenberg Act contains many more details, of course, but two more are worth immediate comment:

You can review more components and consequences of TSCA reform by replaying this excellent Wiley Rein webinar, as well as reviewing this publication released by the U.S. Senate Environmental and Public Works Committee.

In an election year when everyone thinks Washington is too polarized to get anything done, the TSCA reform bill proves our elected officials can put their partisan gamesmanship aside to actually make something good happen. It’s far from perfect, but we’ll take it.

Make sure your chemical shipments are safe and in full compliance with Labelmaster—a full-service provider of goods and services for hazardous materials and Dangerous Goods professionals, shippers, transport operators and EH&S providers.