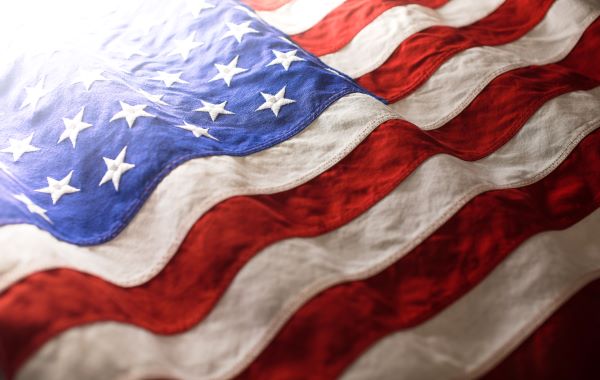 Here’s a question that should have American Dangerous Goods pros debating hotly as July 4th approaches:

What is the most patriotic hazardous material?

Okay, it’s actually kind of a silly question, but it’s worth considering—especially since so many Dangerous Goods are normal, household items that American shippers often don’t realize are regulated hazmat.

So, let’s phrase it this way: Which Dangerous Goods most fully embody the American spirit and character? We share our answers below, but we look forward to seeing your suggestions in the comments!

Which Dangerous Goods most fully embody the American spirit and character? Tell us in the comment box below!

Yes, Americans love their cocktails, and alcohol is a Class 3 Flammable Liquid, UN 3065. But not every alcoholic beverage is classified as regulated hazmat—only those with more than 24 percent alcohol by volume. So beer and wine aren’t Dangerous Goods at all.

Here’s one that isn’t a household name but should be considered on any list of America’s most patriotic Dangerous Goods. Fluorophosphoric acid anhydrous is a Class 8 Corrosive that’s used in metal cleaning, as a chemical polishing agent and as a catalyst.

You can’t turn a blank wall red, white and blue without red, white and blue paint, and many paints are classified as Class 3 Flammable Liquids—UN 1263, to be exact. This classification also includes lacquers, enamels, stains, shellac solutions, varnishes and polishes.

What it doesn’t include, however, are water-based paints—often referred to as latex, vinyl or acrylic paints—and those are the ones most people use in most situations. Plus, while almost every place we Americans live, work and play has paint, it just doesn’t feel as essential to American civilization as the top three items on this list.

It’s hard to argue with the centrality of gunpowder—which can be classified as either a Class 1 Explosive or a Class 4 Flammable Solid—to American history. We won our independence fighting the British with muskets, preserved our union with rifles during the Civil War, and made the world safe for democracy with ever more advanced weaponry in two world wars.

Plus, what would July 4th be without fireworks?

But does gunpowder truly define the American character? Yes, firearms are still popular, but they’re not exactly something the ordinary American uses every day. In fact, many Americans go their entire lives without using gunpowder! So we can’t put it at the top of our list.

Few Americans these days go ten minutes without using lithium batteries—a Class 9 Miscellaneous material. They’re in our cell phones, laptop computers, game consoles, e-bikes, lawnmowers and hundreds of other devices you can find in every American home. Heck, two percent of American cars purchased over the last few years are powered at least in part by lithium batteries.

Lithium batteries are also the number one yes-you’re-shipping-hazmat item among e-commerce companies who only discover their errors when they’re penalized for shipping them non-compliantly.

The ubiquity of lithium batteries is one reason we rank them #2. The real reason, though, is how they symbolize the American spirit of innovation. Since their development at American universities in the 1970s and 80s, rechargeable lithium-ion batteries have helped revolutionize, well, almost everything.

#1: Gasoline and other fuels

Wide-open highways … bustling city streets … jets soaring from coast to coast … a train rumbling past in the distance … they’re all part of the American legend, and none of them are possible without Class 3 Flammable Liquids such as gasoline (UN 1203), diesel fuel (UN 1202), aviation fuel (UN 1863) and other derivatives of crude oil (UN 1267).

You can’t have a July 4th parade without gasoline.

And that’s why gasoline is the most patriotic of all Dangerous Goods.

Happy July 4th from everyone at Labelmaster!