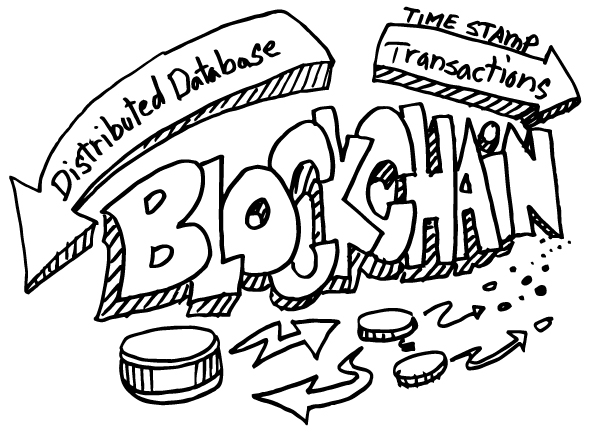 Imagine you’re a distributor for a line of electronic devices powered by lithium batteries. You don’t make the devices, and you don’t source the batteries, but if one of those devices catches fire on its way to a retailer, you’re the one whose bottom line will suffer.

Wouldn’t you like to be 100% sure that every battery in every device you ship came from a reputable manufacturer who conducted proper testing?

That’s the promise of blockchain—a new trend in the financial world that’s starting to make a huge impact in logistics, too.

We think blockchain should be on the radar screen of everyone in Dangerous Goods transport—but no one in DG is talking about it. Until now.

According to Wikipedia, blockchain is “a distributed database that maintains a continuously growing list of ordered records called blocks. Each block contains a timestamp and a link to a previous block.”

Blockchain is, essentially, an infinite, virtual ledger with a permanent record of every transaction that’s relevant to any given shipment. New entries build on the code from previous entries, so their chronological order becomes part of the immutable record, as well.

Because blockchain is an open-source entity that isn’t owned by any single company or organization, it can (according to the Harvard Business Review) create “dynamic demand chains in place of rigid supply chains, resulting in more efficient resource use for all.” These chains give shippers and receivers complete transparency into every link in the supply chain.

In the hypothetical example above, for instance, the distributor might see—with one scan of a barcode—where and when all the devices in a shipment were built and shipped, plus the origin and dates of all the batteries in every device.

Blockchain is becoming a blockbuster

Since last fall, blockchain logistics applications have made some major headlines:

When the world’s largest container shipping company says it’s using a new technology to enhance efficiency and security, shouldn’t companies in the Dangerous Goods supply chain be taking a close look at that technology?

Is there a new logistics technology you’d like to talk about? Leave a comment and tell us about it!