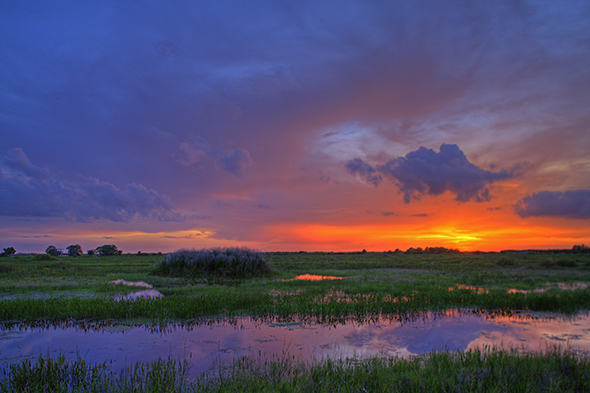 Florida Everglades at sunset. It’s been 20 years since ValuJet 592.

Twenty years ago today, ValuJet Flight 592 took off from Miami’s airport only to within minutes be destroyed after an intense fire in the cargo hold sent the aircraft into a nearly vertical dive which almost totally obliterated it in Everglades swampland. Miami remembers, as do I, as Dangerous Goods Manager with IATA at the time. And many others.

It is sad but perhaps inevitable that there are lessons which are learned the hard way, with costs, in this case, 110 people from all walks of life. As with the Pan Am 707 crash at Boston airport in 1973, the regulations were destined to change.

Oxygen Generators, The Lithium Batteries of Their Day

In the case of Valujet, history would tell investigators that this was not the first time oxygen generators had destroyed an airplane.

However, after Valujet, regulators such as the FAA and industry bodies such as the ATA took quick but measured actions to ensure it would never happen again. And it hasn’t.

But the lessons were learned and are being applied today. The oxygen generators of the current decade are lithium batteries. We have seen the problems the Boeing 787 had with lithium ion batteries.

And there are suspicions, but no proof of, lithium batteries being implicated in at least one fatal cargo airplane crash, either as a cause or a contributing factor.

So, the careful considered work of ICAO’s Dangerous Goods Panel to mitigated the hazards presented by these ubiquitous devices is timely and encouraging. For anyone who’s been isolated on a desert island in the last 6 months, lithium ion batteries have been banned from cargo on passenger airplanes as of 1st April of this year.

If there is some small crumb of comfort in 110 lives being taken in the blink of an eye, it is that their sacrifice has resulted in a much better level of safety, enforcement, compliance and operations for all types of dangerous goods.

This retrospective would not be complete without noting that July 6th will make it 3 years since the Lac Megantic rail disaster in Quebec. On that occasion, 47 people died without even knowing they were at risk.

Regulators on both sides of the 49th parallel have been probing deeply into the root causes of that event and introducing measures to ensure it doesn’t happen again. Unfortunately, there is still much work to be done.