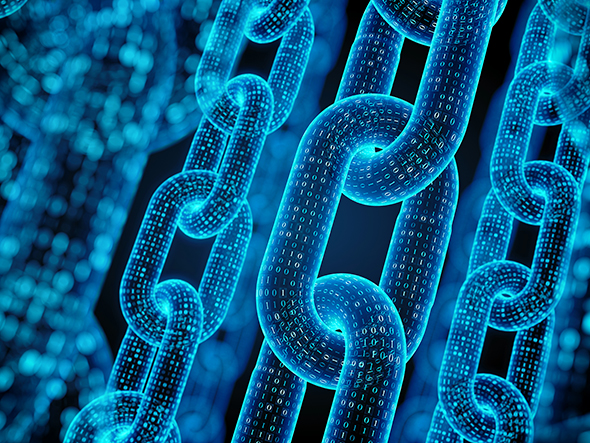 Almost a year ago, we asked why no one was talking about blockchain in hazmat shipping. As far as we know, we’re still the only ones asking.

There have been no significant developments in the application of blockchain technology to Dangerous Goods transport. Yet, as blockchain continues to grow more important to worldwide logistics, it seems like only a matter of time before it’s a big deal for hazmat shipping.

Here’s a quick review of what blockchain is, where it’s making news, and why it could soon be a major factor for businesses in the DG supply chain.

Blockchain is an infinite, open-source virtual ledger with a permanent record of every transaction that’s relevant to any given shipment. Each new entry builds on the code from previous entries and becomes part of the unchangeable chronological record.

Since blockchain isn’t owned by any single company or organization, shippers and receivers get complete transparency into every link in the supply chain.

You can think of blockchain as the ultimate neutral party for settling—or avoiding—disputes over the terms of any logistics transaction, from departure and arrival times to shipment specifications to financial reconciliation.

Or, you can read this clever article that explains blockchain in terms of college basketball.

But however you define the technology, there’s no denying its recent impact on the business world in general—and logistics in particular.

How is blockchain changing logistics?

Last March, the biggest news in blockchain for logistics was that IBM and Maersk had agreed to a blockchain solution to track tens of millions of shipping containers. That’s still a major story, but in 2018 it seems as if blockchain makes new headlines every day:

Those are just a few of the big stories, but some of the smaller stories are fascinating, too. For instance, a Denver-based startup uses blockchain to make coffee production more fair and transparent, while a new plan in the Congo would help ensure that child labor isn’t used to mine minerals for electric car batteries.

How can blockchain change hazmat transport?

At the 2017 Dangerous Goods Symposium, several hazmat pros said their greatest fear is the “plain brown box”—an unmarked box packed by unknown parties that might contain any number of potentially dangerous materials.

No one knows what’s inside that plain brown box, so no regulations can prevent it from being shipped in a completely unsafe manner. No inspector will pay it any attention, so no amount of vigilance or enforcement can prevent the catastrophe its contents might set in motion.

What if that certification could be verified instantly by a digital record tracing each ingredient or component back to its point of origination?

What if each stop on a regulated item’s tortuous journey—from plant to forwarder to carrier to end user—were logged in an immutable ledger verifying Dangerous Goods compliance every time the item changed hands?

In other words: What if blockchain could eliminate the “plain brown box” of every hazmat pro’s nightmares?