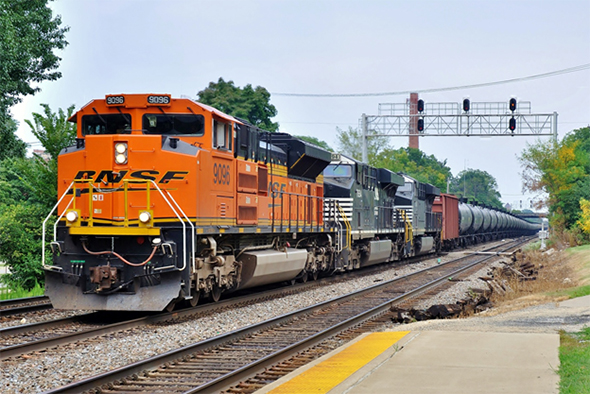 The FRA issued an Emergency Information Collection Request (EICR) in reference to the repairs it directed shippers to make to the nation’s fleet of DOT-111 rail tank cars last week. A train of such cars passes west through Hinsdale, Illinois in August of 2014. Image © 8/2014 by Nikki Burgess; all rights reserved.

As October deepens and the fall season and the coming holidays approach, the regulatory world continues its usual busy schedule.  If you aren’t busy raking leaves yet, take a few moments to check out the latest and greatest:

The FRA followed up its emergency repair order regarding the bottom fitting son DOT-111 tank cars last week with an emergency information collection to gauge response to that directive.  Follow up EICR’s like this are out of the ordinary, illustrating the agency’s concern over the potential risk.  See the EICR here