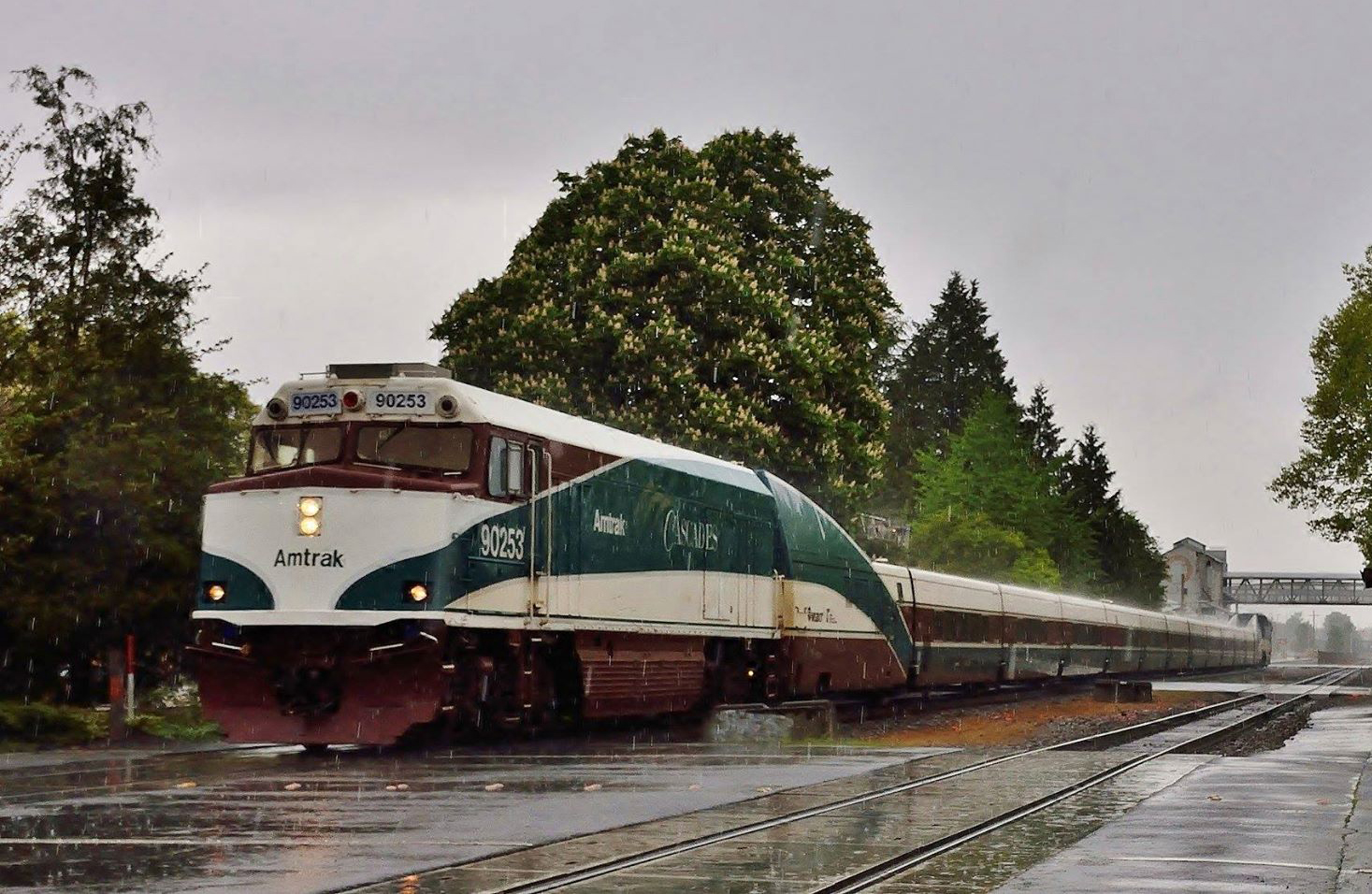 April showers bring May flowers—and a new list from the FRA noting the most hazardous rail/highway grade crossings in the country. Here an Amtrak “Cascade Service” train to Portland from Seattle roars over a road crossing in the pouring April rain in Kent, Washington on April 24th, 2016. Image © 4/2016 by Nikki Burgess; all rights reserved.

It’s the last week of April already!  Hope everyone is thinking spring by now.  Here the latest’s news of note in the worlds of Dangerous Goods and EH&S: