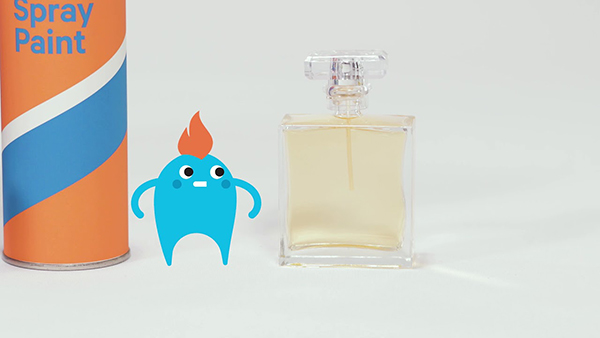 Hazardous Matt is on a roll, and the “plain brown box” is in retreat.

This time last year we took a first look at the U.S. Department of Transportation’s Check the Box program, a multimedia campaign that addresses the ongoing problem of undeclared Dangerous Goods—also known as the “plain brown box.” The star of the campaign is Hazardous Matt, a quirky blue fella with flaming orange hair who steers shippers to the resources they need.

Check the Box and Hazardous Matt are necessary because, frankly, too many shippers don’t know what they don’t know. That’s one reason more than 1,500 transportation incidents every year are linked to undeclared hazmat.

“The campaign’s number-one focus is to provide awareness,” says a DOT spokesperson. “We want to help people answer the question, ‘How do I figure out if it’s hazmat?’”

Check the Box, launched in 2018, raises awareness with educational materials and consumer-friendly resources that help FedEx, UPS, modal partners, USPS and mail carriers get the word out. The goal is to get more shippers to—literally—check the box they’re shipping to make sure they’re not inadvertently shipping hazmat.

Hazardous Matt urges anyone who thinks they may be shipping hazmat to request a Safety Data Sheet (SDS) from the item’s manufacturer. Or they can call the Hazardous Materials Information Center toll-free at 800.467.4922 or send questions via email to infocntr@dot.gov.

Is the campaign working? The DOT spokesperson says their 2019 back-to-school campaign featuring this 30-second video logged more than 580,000 views in less than a month. The campaign made 9 million impressions and prompted 21,000 clicks to the Check the Box website.

Collaborations get the message out

Some of the collaborations DOT has forged for Check the Box will vastly increase the campaign’s reach and visibility:

“We’ve made a lot of progress.”

The PHMSA Outreach and Engagement team also attends lots of conferences—and not just hazmat-focused events such as the Dangerous Goods Symposium.

“We go to conferences like the International Beauty Show and events for home improvement retailers and Internet retailers,” says the DOT spokesperson. “Aerosols are the top item involved in undeclared hazmat incidents, because people don’t even consider them hazmat. One company president said they didn’t sell hazmat because they’re 100% organic.”

The spokesperson continues, “Now beauty schools ask us to come talk to their students. It seems like we’ve made a lot of progress, but there are millions of shippers and we don’t know who they all are.

“Our goal is larger and more ambitious—hopefully, someday we’ll be as well known as ‘Buckle Up America.’”