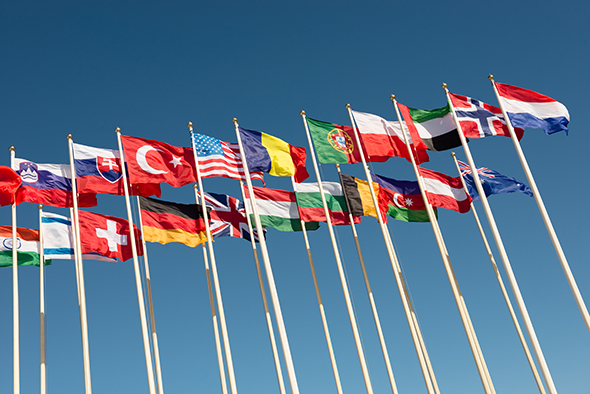 The structure of the Hazardous Materials Regulations (HMR) in the US 49 CFR Parts 100 – 185 may seem byzantine at first; it’s hardly light reading.  However, it is actually built upon a very sound and logical structure.  US regulations are in large part based on and or harmonized to the Dangerous Goods regulations (it’s important to note here that everyone else on the planet calls hazardous materials “dangerous goods,” and that is the operative term that we will use here) which have been created and are maintained and updated by what is known as the UN Committee of Experts on the Transport of Dangerous Goods.  This international body, which includes significant US representation, is made of both industry experts and government officials who work in this important area.  This is where the consensus emerges over the direction that the world’s Dangerous Goods regulations will proceed in.

Such a body wouldn’t work very well without getting together to discuss the issues of the day on a regular basis, and so it is; at present, the UN Committee is meeting in Geneva, Switzerland as part of a bi-annual schedule of forums that provide the working basis for changes to the United Nations Model Regulations (UNMR).  The UNMR is the “guide” in which the rest of the world looks to see how to structure local (i.e. national regulations, like the 49 CFR, EU ADR, or the Canada TDGR, and modal regulations, like the ICAO air regs and IMDG maritime regs) regulations in a way that is both similar to the rest of the world—that’s great for trade and for international transport safety—and is effective—everyone strives to at the least meet the minimum requirements, while many nations take the UN models and add their own layers of extra caution to them (for instance, the US has extra strict rules about the handling of poisons by inhalation).

Naturally, an international body like that functions best if it is generally agreed to that each set of interests is fairly represented.  That means everyone relevant needs a seat at the table.  Sometimes this means that discussions can be a little lengthy and comprehensive, as all the participants strive to be sure that their own concerns are adequately met.  It also means that the consensus that does finally emerge is broadly based and capable of being implemented in a much more positive and accepted way.  It’s case of accepting a certain level of front end complexity to achieve back end simplicity and ease of implementation.  It’s really a pretty good system.

The working day is filled with meetings, and the presentation of papers.  These papers, though often highly technical in nature, usually represent months of work on national or modal levels, often with significant input from industry groups.  Papers, if accepted and their contents approved for further action, serve as the basis for changes to the model regulations, often right down to specifying the language of the change that will appear.

It’s important to note that the UN meeting system is free-wheeling—it is intended to be a forum where everyone’s views can be freely expressed, and that means that change can be slow.  Just because something gets talked about at a UN meeting, it doesn’t mean that an associated change will actually happen, and if it does happen, it does not mean that the change will be rapid.  That isn’t always the case—one need only look as far as Lithium Batteries to see just how rapid profound regulatory change can be—however it is more typical than it is less typical of this process.  So anything noted as under discussion should be viewed as just that—it’s under discussion.

With that caveat noted, here are some of the topics discussed so far—it’s a ten day forum, so there will be lots of material forthcoming, however here is the tally to date:

That’s a kick start as to what is happening in our industry in Geneva.  What will the eventual formal outcomes be?  It’s difficult to forecast.  One thing is certain—some of our industry’s’ best minds are hard at work on the east side of the Atlantic, preparing the next round of changes that will impact all of us as professionals in the discipline—stay tuned here for further reports, and to see ways in which Labelmaster can help you cope ad to succeed with all of your dangerous goods needs!

Labelmaster is a full service provider of goods and services for the Hazardous Materials and Dangerous Goods professional, shippers, transport operators, and EH&S providers. See our full line of solutions at www.labelmaster.com.  For more specific information on the US Hazard Communication Standard, the UN GHS, and products related to it, see www.labelmaster.com/GHS.