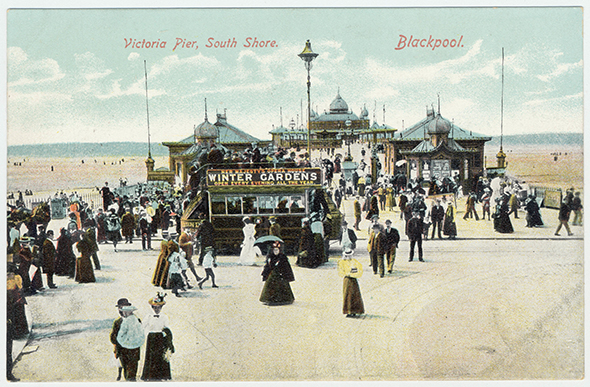 This post is adapted from a presentation given at the 2017 Dangerous Goods Symposium by Gene Sanders, founder and manager of W.E. Train Consulting.

Since we can abbreviate the words “hazardous materials” to “hazmat,” I say we shorten “Dangerous Goods training” to “Dang Good training.” It saves time, and it describes what we trainers hope to achieve.

But our real purpose isn’t simply training people to comply with Dangerous Goods regulations—it’s to train people so well that they prevent disasters before they happen. Here are a few of my favorite examples.

The black pool in Blackpool

Remember when that huge crude oil spill contaminated much of the coastal environment near the seaside resort town of Blackpool in Lancashire, England?

No, you don’t—because it never happened. Due to thoroughly excellent Dang Good training in emergency response information provision requirements, the spill was contained as soon as it began to leak.

When nitro went off in Nitro

One frigid morning in Nitro, West Virginia, a truck carrying medicinal Nitroglycerine in Alcohol (UN 1204) blew up while crossing a set of railroad tracks. Chemists blamed the very cold temperature, at which nitroglycerine can drop out of solution and become shock-sensitive.

Never happened, thanks to thoroughly excellent Dang Good training in package cushioning requirements that ensured the shock of going over the railroad tracks was absorbed. Even when briefly out of solution, the shock-sensitive nitroglycerine inside the packages was well protected.

Paint spill in the Painted Desert

Hundreds of gallons of paint spilled out the back of a truck, leaving multi-colored streaks down the hillside. “I was driving up a long grade, and I heard some noise from the back,” said the driver. “All of a sudden the truck jumped ahead like the load was gone. I stopped immediately, but it was too late.”

But it never happened, because thoroughly excellent Dang Good training in load securement requirements ensured that the pallets of paint were blocked and braced into position. Even at a steep angle, they couldn’t move.

An improperly closed valve on a tanker truck leaked gasoline down a cliff side, inundating the nests of an endangered species of petrel, killing dozens of chicks and likely rendering any unhatched eggs non-viable.

That tragedy was prevented by thoroughly excellent Dang Good training in valve closure and loading requirements. The valve was securely closed when the tank truck was filled—and it was rechecked for proper closure before the truck left the tank farm.

In Sulphur Springs, a local policeman suffered severe thermal burns when he tried to kick molten sulphur (UN 2448) from a spilled truckload out of a traffic lane.

In reality, he knew better, thanks to thoroughly excellent Dang Good training in tanker marking requirements—which communicated the heat of the sulphur.

A railcar carrying a refrigerated flammable gas unexpectedly exploded in what a local hazmat team called a BLEVE—“boiling liquid expanding vapor explosion.” The team suggested the ethyl chloride gas (UN 1037) was in a railcar made of aluminum, which the gas gradually reacts with, causing a huge pressure buildup.

Never happened, thanks to thoroughly excellent Dang Good training in packaging compatibility requirements. But it’s not like we haven’t seen this sort of thing before.

Near Minneapolis, a minor spill of an imported chemical powder turned into a major emergency. After the majority of the spill had been swept up, someone used a hose to wash down the loading dock, liberating a huge cloud of irritating and toxic gas and sending dozens of people from nearby businesses to hospitals and clinics.

That’s right—it didn’t happen, because the crew had thoroughly excellent Dang Good training in classification and international differences requirements. They recognized the warning labels and knew rinsing the dock with water was a major no-no.

Remember that terrorism scare when a truck with a radioactive symbol stuck to its cargo compartment overturned in downtown Manhattan?

Of course not, because thoroughly excellent Dang Good training in radioactive route restriction requirements sent that truck on a different route where it wouldn’t risk exposure to such a high density of people.

In one of the century’s great coincidences, a truckload of beer suffered a catastrophe outside the village of Beer, in Devon, England—with hundreds of bottles ending up on the motorway.

Did this actually happen? While thoroughly excellent Dang Good training may have prevented this incident, we’ll never know for sure. The locals removed most of the evidence.