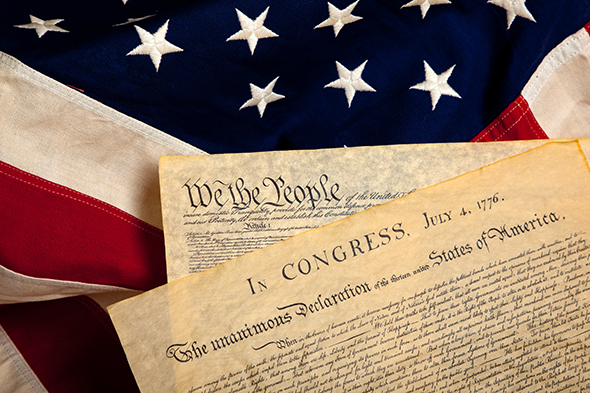 It’s been a challenging year, but the 4th of July is right around the corner, and we intend to celebrate!

How? By sharing the true story of American independence as only fellow Dangerous Goods professionals can understand it.

Every American schoolchild learns the classic version of the American Revolution, from the Boston Tea Party to the Declaration of Independence to the final victory at Yorktown. But just as mass audiences usually miss the key hazmat-related themes in popular movies and TV shows, they are likewise unaware of how the events of the American Revolution shaped today’s Dangerous Goods landscape.

Here are some examples:

The Stamp Act, 1765.Parliament imposed a tax on the American colonies that required many printed materials be produced on paper with an embossed revenue stamp. These stamps—no doubt with precise specifications for size, design and content—were the precursors of modern Dangerous Goods shipping labels.

The Boston Tea Party, 1773. When demonstrators threw an entire shipment of tea from the British East India Company into Boston Harbor, they were protesting unfair taxes and trade disadvantages. While tea was not (and never has been) regulated hazmat, this action surely laid the groundwork for the ability of today’s regulatory bodies to seize non-compliant shipments.

Paul Revere’s midnight ride, 1775. Revere rode from Boston to Lexington to warn Massachusetts revolutionaries that British troops were on their way to seize weapons stores in Concord. Doesn’t every trucker hauling loads of regulated chemicals through the night think of him- or herself as an heir to Revere’s legacy?

The Battle of Bunker Hill, 1775. “Don’t fire until you see the whites of their eyes!” This admonition to pay close attention to microscopic detail was the obvious inspiration for PHMSA’s infamous “2 millimeter rule” (since rescinded) for the outer border on hazard class labels.

The Declaration of Independence, 1776. Thomas Jefferson wrote more than 1,300 words to essentially say “The 13 American colonies are no longer part of the British Empire—deal with it!” This long-windedness set an unfortunate template for Dangerous Goods regulations, which often require thousands of words to convey messages such as, “Your label needs an outer border that’s 2 millimeters thick.”

Washington crossing the Delaware, 1776. Are we the only ones who have noticed this? Images of Washington’s midnight crossing show a complete lack of placarding for the compliant maritime transport of UN 0027, a.k.a. gunpowder.

Betsy Ross’s flag, 1777. This famous design with 13 stripes and 13 stars is a classic of abstract symbolic representation. Its echoes can be seen in the designs for many wordless Dangerous Goods placards—people in the know understand them perfectly, but even the uninitiated know they must stand for something important.

Treaty of Alliance, 1778. When France formally recognized the United States and entered the War of Independence, this treaty became the model for modern Dangerous Goods regulatory harmonization between far-flung regulatory bodies.

The Articles of Confederation, 1781. The first document defining the structure and laws of United States government lasted just six years—it was replaced by the U.S. Constitution in 1787. Thus, the precedent was set that every Dangerous Goods regulation may, in time, be replaced by a completely different regulation.

In other words … don’t get too comfortable. The revolution never really ends!

Happy July 4th from everyone at Labelmaster!