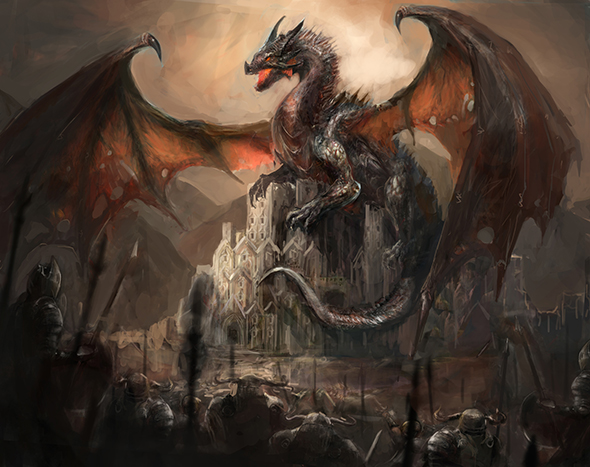 Every Sunday night, millions of people worldwide gather to watch a show about kings, queens, dragons and Class 3 hazmat. Yes, it’s Game of Thrones, and it’s the greatest show about Dangerous Goods ever created.

What’s that? You don’t think Game of Thrones is about hazmat shipping? Here are seven uncanny similarities that will prove you as wrong as Ramsay Bolton.

Dangerous Goods transport is based on the Code of Federal Regulations, Volume 49. It’s well over 1,000 pages long.

Not to be outdone, Game of Thrones is based on George R. R. Martin’s multi-volume opus A Song of Ice and Fire, of which each book averages 1,000 pages.

Regulators update the 49CFR regularly, so you can never say you truly know what it will contain in the future.

Likewise, Martin has been so slow to produce the sixth book in his series that the TV show went ahead without it. Anyone who claims to know where the whole series is going is clairvoyant, a Web conspiracy junkie or (maybe, though we doubt it) George R. R. Martin.

From alcohol to gasoline to house paint, Hazard Class 3 Flammable Liquids are some of the most common substances in Dangerous Goods.

And flammable liquids in Game of Thrones? Suffice it to say that, if a certain wildfire-bearing ship in the Battle of the Blackwater had been placarded correctly, Stannis Baratheon would sit the Iron Throne today.

Class 6 Poisons are another popular Dangerous Goods shipment, from arsenic to zinc cyanide.

Poisons are popular in Game of Thrones, too, claiming the lives of Jon Arryn, King Joffrey, Princess Myrcella and—almost—Ser Gregor Clegane. Assassins have also tried to poison Daenerys Targaryen twice, so it’s a good thing her guards are adept at recognizing regulated substances.

As a DG professional, you may wonder why the borders on a shipping label must only be a certain width, or why you can ship lithium batteries on passenger jets if they’re installed in devices, but not by themselves.

As a Game of Thrones character, you may wonder why the men of the Night’s Watch are forbidden from dating, quitting or wearing any color but black. Or why in Vaes Dothrak you’re not allowed to kill someone with a knife, but it’s okay to bash his head in with a rock.

Fines for hazmat shipping violations can be pretty steep. The Federal Railroad Administration, for instance, collected some $15 million in penalties in 2015. But fines are just a portion of what a violation can cost you, as our frustrated shipment cost calculator so clearly demonstrates.

Still, that’s small potatoes compared to the penalties in Game of Thrones. Abandoning the Night’s Watch? Death. Disobeying an order? Death. Looking at Ramsay Bolton the wrong way? You get the idea.

Dangerous Goods shipping is, as previously stated, governed by the 49th volume of the Code of Federal Regulations—and 49 is equal to 7 x 7.

In Game of Thrones, most of the people in the Seven Kingdoms worship a group of Gods known collectively as The Seven—and 7 x 7 = 49.

Coincidence? You know nothing, Jon Snow.

Compliance is no fantasy! Make sure your shipments are safe and in full compliance with a full line of solutions from Labelmaster—a full-service provider of goods and services for hazardous materials and Dangerous Goods professionals, shippers, transport operators and EH&S providers.