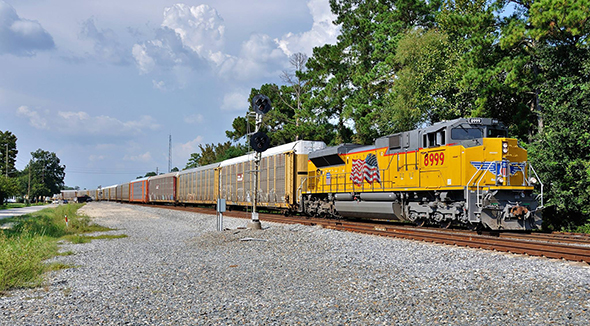 We begin the last week of September and the first full week of the autumn season with interesting news on the ever changing Lithium Battery front as well as activity by both the FRA and EPA on several fronts.  Let’s get right to it:

With big changes already planned (again) for lithium batteries carried by air (see our previous blogs on the subject for details), FedEx has announced additional measures beginning on the same date.  Below is the announcement from FedEx, edited for brevity.  At press time, it is unknown if other carriers will follow suit:

The above revision will be incorporated in the IATA DGR as FedEx operator variation FX-05.

FedEx also clarified their position on immediate use of the newly revised labeling associated with lithium batteries, thus:

FedEx also published extensive information on how these changes will affect the rates for their various services offerings.  See here for further information

In its response to the ongoing safety issues related to alleged problems with the Samsung Galaxy Note 7 mobile device, PHMSA issued the following safety notice:

The Pipeline and Hazardous Materials Safety Administration (PHMSA) is issuing a safety advisory notice to inform the public of the risks associated with transporting damaged, defective, or recalled lithium cells or batteries or portable electronic devices (PEDs), including Samsung Galaxy Note 7 smartphone devices recently recalled by the U.S. Consumer Product Safety Commission’s (CPSC) [Recall No. 16– 266]. PHMSA is issuing this safety advisory notice in conjunction with the CPSC recall to advise members of the public who wish to carry Samsung Galaxy Note 7 subject to CPSC Recall no. 16–266 aboard aircraft that they must take all of the following precautions:

Your author flew a business trip to and from Houston last week, and noted that both airport personnel as well as flight crews made repeated announcements to passengers regarding these requirements.  See the full notice here

In relevant related news, the Wall Street Journal reported that some Samsung customers in South Korea are allegedly expressing reservations about the replacement batteries provided to them as part of the recall program.  See that story here

The Federal Railroad Administration published an information collection request (ICR) in reference to its requirement for annual submission by affected railroads of the “PTC (Positive Train Control) Progress Annual Report.”  This report is intended to be a compilation of the quarterly reports that the railroads already submit to the FRA, which is directly tracking progress on PTC installation as part of the agreement extending the original 1/1/2016 deadline for completion to 2018.  See the ICR here

FRA also issued an ICR in reference to new updates of its “Alleged Violation Reporting Form.”  This form may be used by the general public to report what they believe to be either safety or hazardous materials transport issues involving railroads directly to the FRA.  See the update here

The Surface Transportation Board is withdrawing the advance notice of proposed rulemaking and discontinuing the EP 681 rulemaking proceeding which sought comment on whether and how it should update its accounting and financial reporting for Class I rail carriers to better capture the operating costs of transporting hazardous materials.  See the notice here

Last week the US Environmental Protection Agency announced that it reached a multi-million dollar settlement with a major retail grocery chain over what it alleges were violations of the Hazardous Waste Resource Conservation and Recovery Act (commonly known as RECRA) at stores the chain operates across the South and Southwest.  The chain agreed to the monetary settlement and to a variety of mitigation efforts to address any future issues.  Many companies face the problem of having difficulty in evaluating whether or not any of their waste streams are regulated, and if so, on which level(s).  Unlike Dangerous Goods, Hazardous Wastes can face a bewildering array of both federal and local jurisdictional issues.   See more information about this important regulatory discipline here