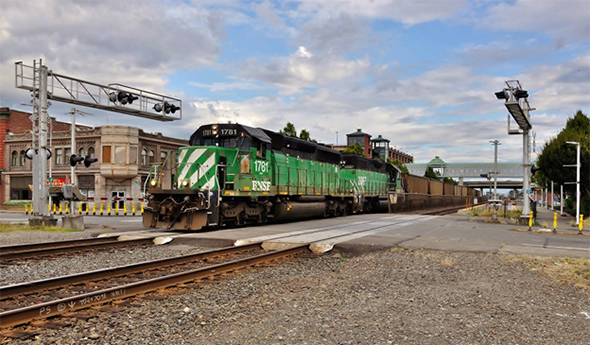 Believe it or not, the Independence Day holiday is over already!  Hopefully, your summer is going well—and not too quickly to miss enjoying.  And here at Labelmaster, so far the summer season has yet to slow down the pace of regulatory news, so let’s dive right in:

The Federal Railroad Administration is spotlighting safety in relation to grade-crossings and trespassing prevention.  Incidents at grade crossings, where the road and rails come together, and the problems posed by people trespassing on to the railroad’s track, both of which often end with tragic results, form a large part of the law enforcement activity of railroad police agencies.  FRA’s new push comes complete with a training video, available here

In a win for the Emergency Response community, the USEPA finalized an amendment to the standards of performance for stationary compression ignition (CI) internal combustion engines (read “emergency generators”) to allow manufacturers to design the engines so that operators can temporarily override performance parameters related to the emission control system during emergency situations where the operation of the engine or equipment is needed to protect human life. The EPA is also amending the standards of performance for certain stationary CI internal combustion engines located in remote areas of Alaska. This final rule is effective on September 6, 2016

The Labor Department has renewed a pair of ICR’s addressing benzene exposure, and the use of personnel protective equipment (PPE) in the American workplace.  Like other federal agencies, DOL periodically issues Information Collection Requests (ICR) to its affected industry partners in order to determine the status of compliance with certain aspects of its body of regulations as well as to monitor the impact of such rules and whether or not any changes might be needed.  Such requests are also governed by what is known as the Federal Paperwork Reduction Act, which is intended to limit the cost of response to the involved parties.  As one might guess, industry and the regulators occasionally differ on what the appropriate level of response and associated costs may be!  Here are your links to these two ICR’s:

PHMSA has another round of Special Permit activity in the works, including the usual suspects—applications received, delayed, approved/disapproved, etc.  Here’s all your actions:

On the international front, the UN Sub-Committee of Experts for the Transport of Dangerous Goods concluded their semi-annual meeting in Geneva, Switzerland on July 6th.   Among many items on the announced agenda were the ever-present Lithium Batteries, sundry discussions on labeling, interactions with the 6th revision of the UN GHS, action on corrosives, and a host of other issues which impact our industry.  The Dangerous Goods community now awaits an official brief on the outcome of the closed door meetings; stay tuned to Labelmaster’s blog for the official word as soon as it is announced.  Meanwhile, if you are the type who just has to look for yourself (kind of like your correspondent!) here is the link to the UN’s Dangerous goods page, where such reports generally appear