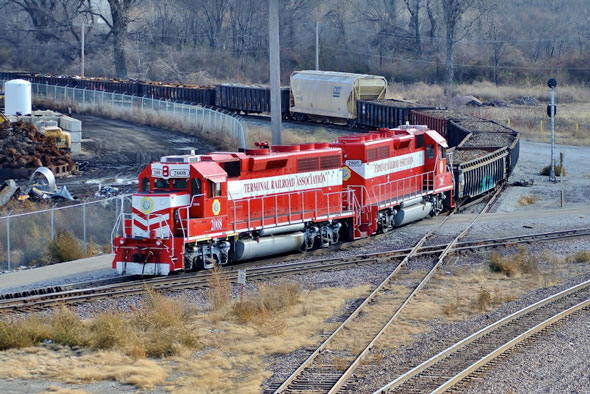 The FRA announced a further proposed delay to the implementation of new safety program rules for the nation’s railroads. The move is in response to small railroad operators that contend they need more time to implement the change. A Terminal Railroad of St. Louis freight train is seen at work in Venice, Illinois in November of 2014. Image © 11/2014 by Nikki Burgess; all rights reserved.

Holiday greetings! Hopefully everyone enjoyed their day. Normally, the period between Christmas and the New Year is very quiet; this year, we have a new IATA Corrigendum to consider! See the details below as well as the rest of the week’s news—and have a safe and happy New Year’s Day celebration:

IATA Corrigendum to the 59th Edition

In just a week’s time, IATA will begin to use its 59th edition of the Dangerous Goods Regulations—the go-to set of rules for shipping by air all over the world. A corrigendum to the regulations was issued on the 22nd of December, modifying what will appear in the new book. Here are a few key points:

See the new corrigendum for yourself right here:
DGR59-Addendum1-EN-22 December 2017

The nation’s rail safety agency published a proposal to further delay compliance with the 2014-issued regulations regarding establishing the requirement for formal safety programs at many railroads not previously covered under such rules, or that were not required to have such extensive programs as the new regulations require. The proposed delay adds another year to the window to comply with the various provisions and was issued on the behest of short line (i.e. small) railroad operators, many of whom lack the institutional expertise to create and manage such programs and are consequently behind the compliance curve. See the proposed delay here:

The department announced the availability of its report outlining the ways in which it intends to reduce the regulatory burden on its impacted industry segments in accordance with the Trump Administration’s directive shortly after taking office that all federal regulating agencies do so. See DOT’s plan right here:

Labelmaster is a full service provider of products, shipping software, and professional consulting services to assist the DG and HS&E professional to comply with national and international regulations.  See our full line of solutions at www.labelmaster.com.