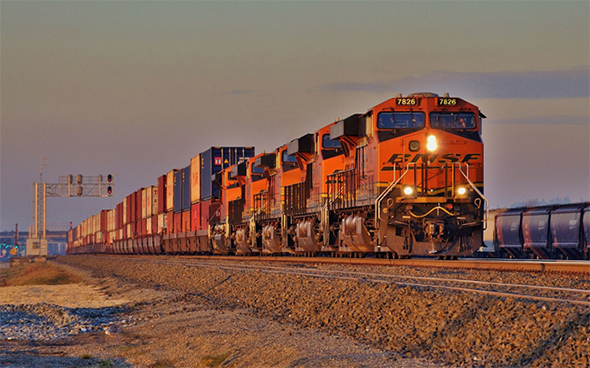 Released this week, the nation’s rail carriers now have an updated FRA emergency relief plan in place in the event of a transport incident. A BNSF Intermodal train paces the sunset through Auburn, Washington on January 16th, 2017. Image © 1/2017 by Nikki Burgess; all rights reserved.

Happy Martin Luther King Day, everyone!  I hope that this Civil Rights pioneer’s great legacy will help to positively inform your week.  It’s also the first anniversary of this blog—the DG Digest is a year old today!  I enjoy bringing you the latest and greatest from the world of DG Transport, Environmental, and HS&E regulations each week, and I hope to do so for a long time to come.  Thanks for being part of the story!  Let’s dive in to this week’s brief:

The agency announced an extension for four Information Collection Requests (ICRs).  Specifically, the ICR’s affected are:

Here’s your portal for the specifics

The agency has renewed its emergency order in respect to the flight ban in place on the Samsung Galaxy Note & device.  The renewal does include a certain relaxation of mandatory airport announcements to passengers.  See the renewal here

The Chemical Transportation Advisory Committee of the US Coast Guard will meet on February 28, March 1, and March 2, 2017, in Houston, TX to discuss committee matters relating to the safe and secure marine transportation of hazardous materials. These meeting will be open to the public. Here’s your portal to participate

The agency remains attentive to the needs of shippers and carriers in the event of an emergency.  In 2009 FRA published a direct final rule establishing Emergency Relief Dockets and the procedures for handling petitions for emergency waivers of safety rules, regulations, or other standards during an emergency situation or event.  It further provides that each year the agency will reissue and update the rule to provide an expedited process to address the needs of the public and the railroad industry during emergency situations or events.  Here’s this year’s plan and guidance

The European DG regulations have been updated for 2017, including release in English and multiple other EU languages.  See the new edition here

Our friends down under have now fully embraced the UN GHS.  The nation’s five yea transition period ended on December 31st and all materials and packaging that is subject to the rules must be in compliance.  As in the United States, Australia has embraced the 3rd Revision.  More information on the Australian iteration of this global initiative here

In the world of lithium battery transport, the only constant we seem to be able to count on is change.  So it goes today as the IATA organization has released yet another revision o its guidance for shipping lithium batteries by air.  This new document includes all the latest and greatest on labels, markings, packaging—the complete dossier.  See the new guidance here

Labelmaster is a full service provider of products and services for the Hazardous Materials and Dangerous Goods professional, shippers, transport operators, and EH&S providers. See our full line of solutions at www.labelmaster.com