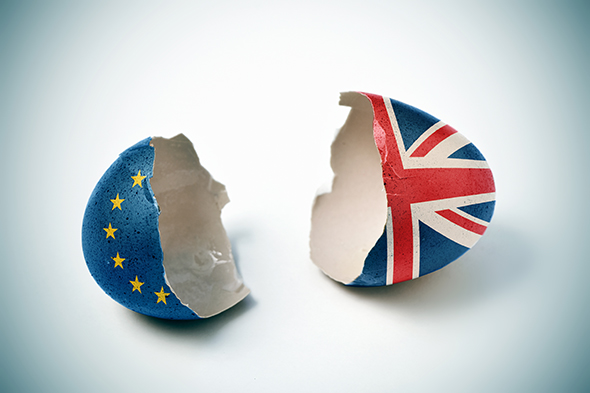 Like several of my Labelmaster colleagues, I’m an accredited DGSA, from DGAC’s SQA affiliated training program (No one can say Dangerous Goods is short of acronyms!) and hence well versed in the ADR. What those acronyms mean is that I’m somewhat knowledgeable about European Dangerous Goods regulations as they are applied in Great Britain.

As it happened, I was in Scotland the day of the country-wide Brexit referendum, so I had a ringside seat to perhaps the most amazing vote of the young century. This week, I’m in Geneva, participating in the 49th Session of the United Nations Sub-Committee on the Transport of Dangerous Goods, where one might think Brexit would be a topic of interest.

Not at all, and here’s why.

The ADR is from the UN—not the EU

The ADR—full English name: European Agreement concerning the International Carriage of Dangerous Goods by Road—is not in fact a European document. It’s a United Nations document. As such, the UK adopts the ADR directly as a signatory to the agreement.

Of course, it does this because it’s a member of the EU (and currently still is, notwithstanding last Thursday’s vote). But the simple fact is that ADR will always be necessary for shipments into Europe. It’s also important to point out that, since the ADR is a UN document, the UK’s seat at the drafting table will be unaffected from any EU exit.

UK shipments to Europe will also, of course, be subject to the IMDG code, because you can’t get there without crossing the Channel or the North Sea. (The Chunnel has special rules based on the ADR.)

Road shipments can also be governed by the ADR

The UK has always had a “yes but” relationship with the ADR. You can use the ADR in the UK, but there are in fact a set of national regulations which carriers who only do business on the mainland of Great Britain can apply. This is like the air mode regulations in the US, where either the ICAO Technical Instructions or 49CFR provisions are permissible.

Of course, slowly but surely, the Technical Instructions are becoming the de facto standard, and this is what we would expect see happen in the UK for road transport.

One administrative point which might occur to you: What might happen to the Dangerous Goods Safety Advisor Program? This is the requirement that every entity conducting business involving the transport of dangerous goods is required to designate someone as a DGSA with responsibility for ensuring the company’s compliance with the Regulations. It was a pre-requisite that the UK implement this program, but it did so for harmonization with the rest of Europe. It appears the program works in The UK as well as it does anywhere, and there would be no reason to change—despite its EU-based origins.

So, notwithstanding Brexit, as far as the regulation of Dangerous Goods is concerned, it will be business as usual. Of course, in consort with many of my peers, I think the actual decision was amazingly naïve, so anything might be possible…