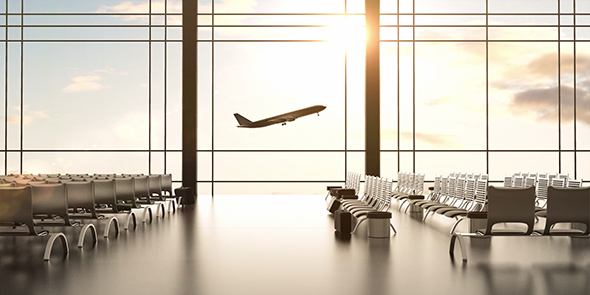 A not so old adage that captures the balance between safety and action.  A 21st century version might be “An airplane is safe in its hangar, but that’s not what airplanes are built to do.”  Airplanes are built to fly, to carry passengers and cargo.  But like every mode of transport, flying has risks, but is today so safe that millions of people confidently board the world’s airlines without giving a thought to what makes their trip safe and reliable.  Here’s a little insight into why…

On the 1st of January, the 58th edition of the IATA Dangerous Goods Regulations will become the new standard for shipping dangerous goods by air.  For about 60 years, IATA member airlines have been meeting twice a year to review and identify any safety concerns with special cargoes, not only dangerous goods.  For several days, airline experts get together to exchange their practical experience and technical knowledge in order to determine the best, most effective practices for carrying dangerous goods on board airplanes. Backed by government regulations which came into force some 30 years ago in the form of the ICAO Technical Instructions, the IATA Dangerous Goods Regulations has been the de-facto standard for dangerous goods transport by air.

The IATA Dangerous Goods Board (DGB) met in Bangkok in October for its 109th meeting. Labelmaster was there to lend their shippers’ experience, particularly with respect to lithium batteries, the most important and urgent topic on the agenda.  This year’s problems with batteries in the Galaxy Note 7 device have highlighted the fact that dangerous goods safety doesn’t just affect the cargo compartment, but is of critical importance in the passenger cabin as well.

Designing effective safety measures starts with good, reliable data. Through its STEADES project, Airlines are ensuring that they have an accurate picture of exactly what’s happening on a daily basis. In the rapidly changing electronics world, the DGB experts have placed an increased emphasis on training and awareness of cabin crew. Frequent travelers will already have encountered the special announcements being made during the safety briefing before take-off.

We learned that IATA is continuing its series of lithium battery workshops, a global exercise designed not only to raise awareness within the airline and battery industries, but the general public as well.  The DGB had identified that there was an information gap between government regulators making regulations and getting those regulations to the users.  IATA is making considerable efforts to address this problem.

Of great concern was the proliferation of devices which passengers expect and require on board aircraft.  Safety and security go hand in hand and government regulation is required to ensure proper control of the these items.  We can expect the DGB to draft proposals identifying reasonable and practical limits on in-cabin devices for ICAO’s consideration in due course.

It was not all lithium batteries however.  The DGB explores in depth measures to improve the processing of dangerous goods cargo which provided the Labelmaster observer with a renewed admiration for the detailed dedicated work that goes into making sure that both your cargo and your person fly safely, a million times a day.