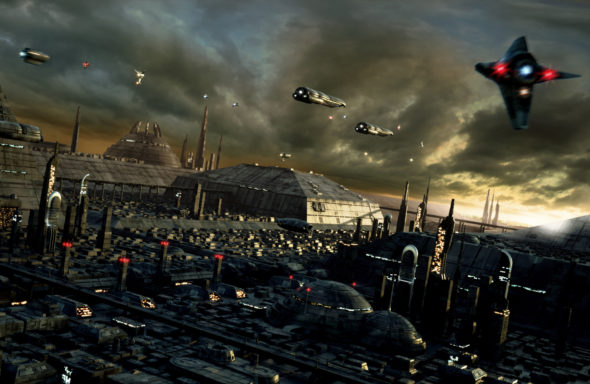 So far, it’s been a great summer season at the movies for Dangerous Goods professionals. Two blockbuster movies about hazardous materials transport have already blasted their way into your local multiplex.

Now, to the layperson, Avengers may appear to be a saga pitting a team of superheroes against a galactic villain, while Solo may seem to be about the young adulthood of a popular science fiction character. We DG pros know better, however, just as we know the wildly popular Game of Thrones is actually about hazmat transport.

In fact, one Game of Thrones character appears in each movie. Coincidence? Please.

These two new blockbusters may be full of exotic characters and slam-bang action, but let’s look past all that to their important messages about safe hazmat transport.

The central conflict of Avengers: Infinity War is between the Avengers—a combined force of PHMSA and IATA regulators—and uber-bad guy Thanos, who wants to end the existence of half the people in the galaxy. To do so, he needs to improperly accept delivery of six infinity stones, and the Avengers must stop their transport.

Their mission is infinitely—haha—complicated by the failure of regulatory bodies to establish proper jurisdiction and classification of the infinity stones.

There can be no question that the stones are hazardous materials. But what class are they? They don’t fit neatly in any of the first eight classes, but labeling them Class 9 Miscellaneous hazards hardly aligns with their potential dangers. Still, they need to be classified as something—and handled appropriately.

Perhaps the problem is one of jurisdiction. What agency’s regulations pertain to transport through the furthest regions of outer space?

The movie also depicts transport methods with which regulators may not be familiar. When Hulk is sent to earth via the magical Bifröst rainbow, what mode’s regulations should apply? (And, for that matter, in which hazmat class would you place a green mutant humanoid with severe anger management issues?)

Who can make sense of all this? Tyrion Lannister is a wily, resourceful administrator in Westeros, but here he’s just a giant blacksmith. Take charge, Tyrion—the galaxy needs you!

The Star Wars stories may take place “a long time ago in a galaxy far, far away,” but Solo: A Star Wars Story depicts risks that are utterly pertinent to the here and now—the improper and unsafe transport of Class 3 Flammable Liquids.

The material in question is the hyper-fuel coaxium, which we first see transported by train. While the fuel seems to be compliantly contained, it should be noted that no placards appear on the outside of the car in which it’s conveyed. Considering the landscape-altering explosion that ensues when the train crashes, this failure is an egregious violation.

Later, a crew transports a batch of unrefined coaxium, which we’re told is exponentially more volatile. The canisters of fuel appear to be labeled with a triangular marking, which we’ll assume is compliant for that section of the galaxy. The canisters also feature a window through which the substance can be seen as it changes color and temperature—a feature we’d like to see on the next generation of US DOT tank cars.

During this transport phase, however, a number of violations occur:

Daenerys Targaryen is present during much of the above action but, disappointingly, fails to take charge of the situation until the end—and even then seems willing to cast a blind eye on the obvious safety violations. Mother of Dragons, we expected better of you.

Plus, what happened to your hair?