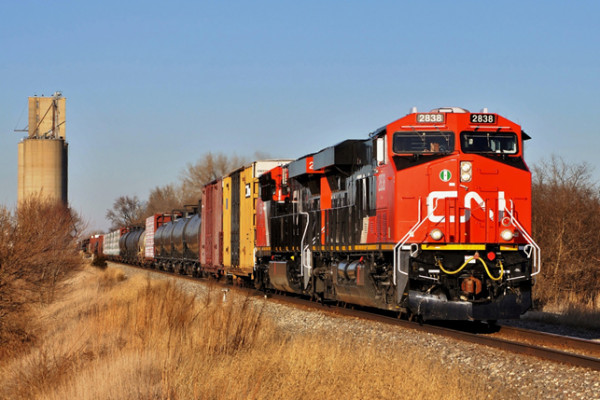 Another busy week in the world of Dangerous Goods, EH&S, and associated regulations:

The government of Australia has just released a lengthy revision to its Dangerous Goods Regulations; shippers to the Antipodes may wish to have a look at the new rules

Photo credit: This week finds proposed rules regarding revised tank car standards and crew fatigue issues under consideration in both Canada and the United States; here a Canadian National Railways train is southbound with tank cars as part of its lading in December of 2013.  © 12/2013 by Nikki Burgess; all rights reserved.