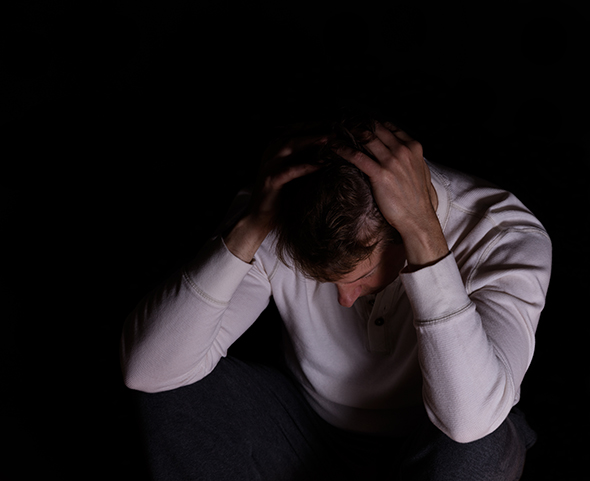 Poor Ted is a broken man

A Midwestern Dangerous Goods professional has developed a psychosomatic reaction to the words lithium batteries, apparently resulting from overexposure to news articles, blog posts and customer inquiries about the subject.

Ted—who requested his last name and company not be revealed—experiences facial skin outbreaks, headaches and nausea when he hears or reads the words lithium battery or lithium batteries. He claims the reaction is equally severe whether the term refers to lithium ion batteries or lithium metal batteries, packed with equipment or as a standalone shipment.

“It doesn’t matter,” he said from his home, where he is taking a brief personal leave. “I’m just so sick of hearing about the darn things, my body can’t take it anymore.”

I let myself get obsessed.

The Dangerous Goods community has had good reason to focus on lithium batteries. Since 2014, many battery shipments that once required no special handling at all have been completely banned from commercial air transport. Others now require special labeling, must be below a certain state of charge, or can be packed compliantly only in certain quantities.

He claims his emotional involvement mirrored his clients’ needs.

“One day I was explaining how the 12/24 threshold [which allowed companies to avoid special labeling on packages with no more than 12 lithium cells or 24 lithium batteries] no longer applied, and I realized I was tearing up,” he recalls. “And when PHMSA extended the deadline to August 7 [2015, for ground and sea shipments], it was such a relief, it felt like winning the Super Bowl.”

When hoverboards became the hot gift of the 2015 holiday season, social media lit up with stories and videos about their lithium batteries exploding into flame. Although most incidents occurred with cheaply manufactured units containing poor-quality batteries that did not meet required UN testing criteria, regulating battery transport once again became a top agenda item.

“And all of a sudden, it was all anyone could talk about,” says Ted. “Articles, webinars, social media. I remember saying to this guy at work, ‘If I hear one more thing about lithium-effin-batteries, I’m gonna be sick.’”

The next day, Ted read about PHMSA prohibiting passengers from carrying battery-powered portable electronic smoking devices in checked baggage—and immediately was overcome with dizziness and nausea.

“I thought it must have been something I ate,” he says. “But I felt better as soon as I switched to a sports website. Then a half hour later, my client asked me when those new Class 9 labels would be available, and it hit me all over again.”

Ted refers to the labels which will be required for lithium battery shipments starting in 2019—but he can’t say “lithium batteries.”

“Nope—even the letters LB can set me off,” he whispers. “But I’ll get over this, as long as no one invents any more dumb devices that run on you-know-what.”

Compliance is no joke! Make sure your shipments are safe and in full compliance with a full line of solutions from Labelmaster—a full-service provider of goods and services for hazardous materials and Dangerous Goods professionals, shippers, transport operators and EH&S providers.