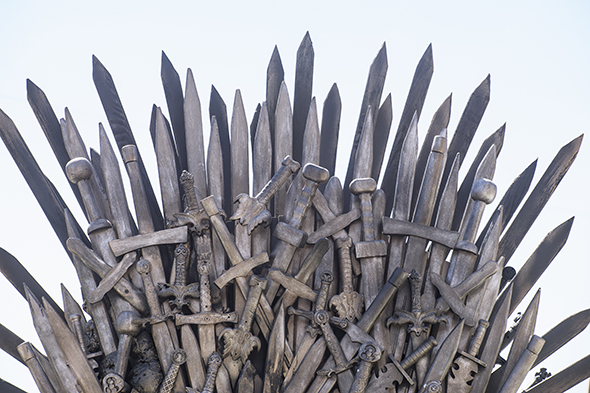 Last year, we convincingly demonstrated that the hugely popular HBO series Game of Thrones is really about hazmat transport. To recap:

With Season 7 starting July 16, it’s time to—SPOILER ALERT!—preview the questions that Dangerous Goods professionals have been asking for more than a year.

Who will hold Cersei Lannister accountable for her PHMSA violations?

There’s no question that Cersei Lannister committed numerous violations of PHMSA code regarding the storage and transport of flammable liquids. Worse, those violations led to hundreds of deaths and monumental property damage. She should undoubtedly face criminal charges—and severe civil penalties.

Problem is, she’s now Queen of the Seven Kingdoms. So who’s going to hold her accountable?

How will Jon Snow regulate the White Walkers?

Having solidified power as the King in the North, Jon Snow can now focus on protecting the Realm from the White Walkers, those still-mysterious beings who command armies of the dead. But first he must resolve issues of:

Daenerys Targaryen—The Unburnt, Queen of the Andals, the Rhoynar and the First Men, Queen of Meereen, Khaleesi of the Great Grass Sea, Breaker of Chains and Mother of Dragons—accomplished something in Season 6 almost as impressive as her titles.

But coming from the notoriously lax regulatory environment of the Free Cities, Daenerys may find herself facing compliance headwinds in Westeros. To wit:

No doubt Hand of the Queen Tyrion Lannister will deliver helpful guidance on these and other issues. Daenerys may be impervious to fire, but no one in Game of Thrones should be considered above the standards of hazardous materials compliance.

Compliance is no fantasy! Labelmaster is a full-service provider of goods and services for hazardous materials and Dangerous Goods professionals, shippers, transport operators and EH&S providers. See our full line of solutions at Labelmaster.com.