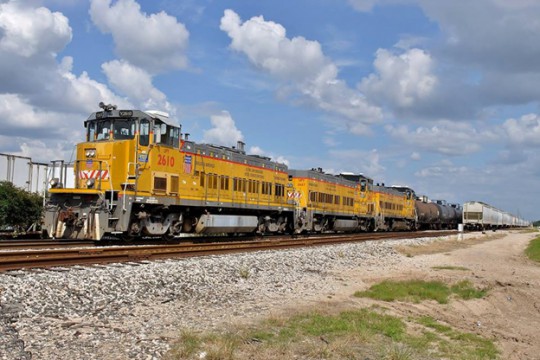 Union Pacific and BNSF have sent letters to Senator John Thune (R-SD) declaring that if the PTC mandate deadline is not extended, they will cease carrying any TIH or passenger traffic on affected lines effective January 1st, 2016. Here a UP switch job handles tank cars in Laporte, Texas on the Houston Ship Channel in 2013. Chemical manufacturers would be one segment of industry among many negatively affected by such an embargo. (Image (c) Nikki Burgess 9/2014; all rights reserved)

As America’s railroads and Congress fail to agree on extending the December 31 deadline for implementing Positive Train Control systems, that threat inches closer to reality.

The railroads have threatened to essentially shut down all service rather than face fines for non-compliance. Congress, with recent fatal derailments fresh in their minds, may fear the public’s reaction if they grant an extension.

And the public? They’re largely unaware of the issue—or the potential fallout of railroads triggering “the nuclear option” on January 1.

How did we get here? And what’s next?

The Rail Safety Improvement Act of 2008

On September 12, 2008, a Los Angeles Metrolink commuter train overran a signal and collided head-on with a Union Pacific freight train. The Metrolink engineer was allegedly distracted by his cell phone. He and 24 passengers died.

Public outrage over the tragedy prompted Congress to pass the Rail Safety Improvement Act of 2008 (RSIA 2008) the following month, mandating that railroads transporting both passengers and any toxic by inhalation (TIH) chemicals install Positive Train Control (PTC) systems on their tracks.

PTC automatically tracks a train’s location, routing and speed using GPS and digital radio communications. It will slow or stop the train if wayside signal indications, routing directions or speed limits are violated.

In theory, PTC would prevent accidents and save lives. In practice, it’s considerably more complicated. 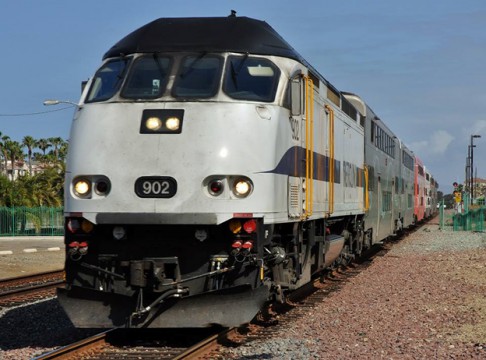 A collision between a Los Angeles Metrolink commuter train and a UP freight was to some degree the genesis event of the PTC mandate. Here a Metrolink train approaches Oceanside, California south of LA in April of 2013. (image © 4/2013 by Nikki Burgess; all rights reserved)

The complexity and scope of Positive Train Control

The seven Class One railroads all interoperate one another’s locomotives and freight cars. They also interoperate with passenger train systems, including Amtrak and multiple city commuter systems. So any PTC system must essentially work across the entire North American rail network.

The project is also astronomically expensive—on the order of $10 billion—with no funding from the federal government. Consider that the railroads must:

Politicians who claim that the railroads “already have this” simply do not grasp the scope of the PTC system.

The automated train control systems in use since the 1930s—mostly on single-owner passenger trains, on limited sections of track—aren’t interoperable across the national network. And they simply limit speeds. They don’t track and control movements with anything like the complexity mandated by RSIA 2008.

Why seven years was not enough

Railroads have worked diligently to meet the December 31 deadline, but they’ve been working against a number of factors:

Despite these challenges, the railroads have made creditable progress. About two-thirds of the system is in place, albeit mainly in prototype status.

The consequences of missing the deadline

However, operating trains across “almost complete” networks will fail to meet the legal requirements of RSIA 2008—and will place the railroads at risk of not just fines, but financial and even criminal liability:

The difficulties in meeting the deadline—and the potential consequences of not meeting it—have prompted the railroads to seek an extension. Senator John Thune (R-SD), ranking member on the Senate Transportation Committee, has actively supported these efforts, but recent fatal accidents involving passenger trains—both allegedly caused by excessive speeds—have not helped the railroads’ case.

Earlier this month, publicly released letters from both BNSF and the Union Pacific to Senator Thune—with verbal support from some of the other Class Ones—explicitly stated that if no extension is granted, both railroads will place an embargo on the carriage of both TIHs and passenger traffic.

To avoid any chance of accidently violating the law, the railroads may initiate a complete freight embargo—a.k.a., “the nuclear option.” 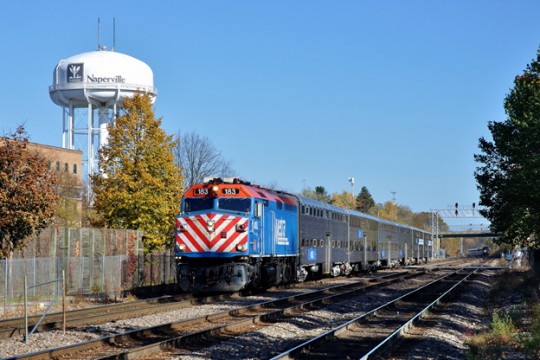 Both BNSF Railway and Union Pacific declare in their correspondence that they will also cease operating both commuter and national rail passenger services, potentially crippling such operations after January 1st. Here Metra commuter and Amtrak long distance passenger trains approach Naperville, Illinois on the BNSF in October of 2014. (image © 10/2014 by Nikki Burgess; all rights reserved.)

Americans have little concept of the critical role railroads play in transporting hazardous chemicals. Chlorine for municipal water purification, ammonia for fertilizer and a plethora of other crucial TIH commodities travel almost exclusively by rail. And that’s in addition to nearly 2,000 carloads of crude oil every day.

What would happen if the railroads enacted a complete embargo?

Imagine the impact of millions of additional commuters driving to work on urban America’s already congested highways. It’s safe to say that RSIA 2008 would no longer be an issue about which the general public was unaware.

The railroads are no stranger to astute political maneuvers, but this threat is not idle posturing. The deadline is simply not achievable.

If cooler heads prevail, Congress will grant a rational extension. The 2015 Transportation Bill contains such language, but it’s currently bogged down in bitter partisan fighting over other issues. Any action may wait until the veritable last minute.

But if the PTC deadline extension falls victim to political issues, both shippers and the public may face an uncertain winter of discontent.

Labelmaster is a full-service provider of goods and services for hazardous materials and Dangerous Goods shippers, transport operators, and EH&S providers. See our full line of solutions at labelmaster.com.