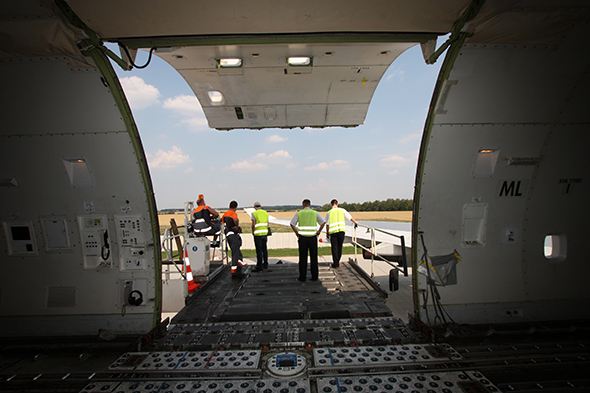 The fall season in odd-numbered years has traditionally been a busy time for people who handle Dangerous Goods by air, and 2017 was no exception. Consider this timetable:

With the backdrop of a new administration in Washington prone to establishing new priorities and strategic goals through executive orders, making sense of it all is a challenge.

I’ve attended all of the above (and am looking forward to Seattle). Here are the highlights so far.

January 1, 2018 sees the 59th edition of IATA’s DGR manual come into force. (I hope you have already received your updated copy of this iconic publication.) Odd-numbered DGR editions, published in the middle of the ICAO biennium, traditionally contain a number of important revisions—and this year’s certainly contains its share.

Airlines’ continued efforts to improve lithium battery safety have prompted an interim measure (pending a more comprehensive ICAO solution) limiting the number of portable electronic devices passengers can have on board.

Another small but potentially problematic change is the recommendation that the UN number on the lithium battery handling mark be at least 12 mm. As we all know, “recommendations” and “shoulds” are often taken by acceptance staff and inspectors as “requirements” and “musts.” This commentator hopes IATA will clearly identify this recommendation as such in airline training materials.

One of the unique features of the DGR is the Appendix, which gives a preview of the changes in the 60th edition and its associated ICAO Technical Instructions—the legal text on which the DGR is based. IATA’s heads up is a very useful tool for all DG transport professionals.

The principal work of the ICAO Dangerous Goods Panel is twofold—to consider how the changes adopted by the United Nations Sub-Committee of Experts on the Transport of Dangerous Goods might be included in the ICAO Technical Instructions, and to look at specific air mode safety issues.

In Montreal, discussions were once again dominated by lithium battery considerations. The full report of DGP/26 has yet to be made available, but here are some of the highlights.

The key issue was brought forward by the FAA—a working paper proposing a ban on portable electronic devices (PEDs) in checked baggage. This proposal was based on tests that attempted to assess the potential hazards of transporting devices such as laptop computers in close proximity with other Dangerous Goods such as aerosols.

This issue has received considerable press attention, even though the scenarios under consideration have heretofore not happened in practice. It was clear to the panel that a full risk assessment and further work were required to properly identify the full safety impact of the proposal, so a final decision on the paper was deferred.

The ICAO DGP makes progress on other issues

DGP members agreed to a proposal to permit small quantities of lithium ion and lithium metal cells and batteries to be shipped on passenger aircraft “in instances where other forms of transport (including cargo aircraft) are impracticable.”

The cells and batteries that will be authorized from January 1, 2019 are limited to the size and quantities found in the ICAO Technical Instructions:

The shipments must be approved by the countries of origin and destination, as well as the airline. The restrictions, particularly the inclusion of an external fire test, will be strict. In this instance, the text of the final report will be very important in assessing whether the derogation will be helpful.

The DGP agreed that passengers should ensure that e-cigarettes have a means to prevent accidental activation. This aligns these devices with most other electronic devices and, coincidentally, aerosols.

A major change in the Technical Instructions is the adoption of the concept of competency-based training, which will come into force January 1, 2019. The panel has developed extensive guidance materials that will be made available in due course both in print and electronic form.

IATA has initiated the standardization of the terms “hazard” and “risk” to help improve interpretation and translations of the regulations. Essentially, a hazard is something that can cause harm, and risk is the likelihood that harm will occur.

In golf terms, the hazard is the bunker, and the risk is that you’ll lose a stroke (or more) attempting to extract your ball from it.

The training community in particular will have to get used to saying “sub-hazard” instead of “sub-risk.”

Finally, the SAE G27 group meets next week to review Draft 4 of its packaging standard—an important document that should be reviewed in depth by shippers hindered by the ban on lithium batteries on passenger aircraft.

As part of the validation process for the adoption of the standard, G27 is soliciting comments and questions and has assured the community that each will be answered.

I’ll report on the highlights from Seattle soon!