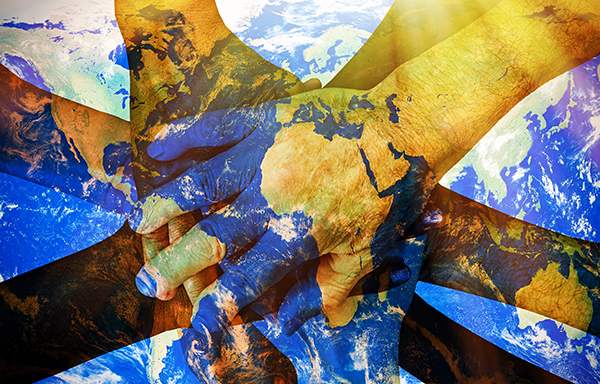 Last week we shared transatlantic viewpoints on confidence in Dangerous Goods compliance. This week, our experts talk about harmonization between Europe and North America.

The supply chain is more global than it’s ever been. Yet Dangerous Goods regulations still vary from country to country.

The differences in hazmat regulations between Europe and North America are—thankfully—nowhere near as vast or complicated than they are between Central and South American countries. But they’re significant enough to make life more complicated for the thousands of organizations who ship Dangerous Goods between and within he two continents.

With PHMSA currently formulating its HM-215O International Harmonization rule—which will align U.S. regulations with the most recent UN Model Regulations, the ICAO Technical Instructions and the IMDG Code—we interviewed our own pair of transatlantic experts: new Consulting Partner Geoff Leach, of the U.K., and Manager of Regulatory Affairs and Corporate Responsibility Brian Beetz, of the U.S.

Here’s an edited transcript of what Leach and Beetz had to say about the need for harmonization.

Leach:   Harmonization is an important element of compliance. ICAO works to ensure local civil aviation regulations conform to global standards, which in turn provides for safe operations. But harmonization also ensures that cargo can move between countries free from any hindrance that differing requirements will undoubtedly cause.

One U.K. operator recently found himself in violation because they didn’t put “LQ” on the written notification to the captain (NOTOC), which isn’t required by ICAO/IATA. Why on earth would a captain need to know? It is doubtful whether most captains would know what LQ means anyway.

The US also has different thresholds to the rest of the world in respect of when lithium batteries are subject to full regulation when transported by road. Also, the U.S. is only now implementing the prohibition on the transport of standalone lithium batteries on passenger aircraft, more than 2 years after this was introduced by ICAO, ironically, after much support from the US. This isn’t to be critical of the U.S.—no national law-making process is perfect—but such differences do cause problems for industry, most of which do their best to comply.

So if you’re trying to ship multiple DDR batteries through the U.S. and have them go overseas internationally by ocean, you either have to have somebody at the port that can change and repackage the shipment or now you’re forced to go through hoops to get special permits; another option is to utilize an existing option in the marketplace such as Labelmaster’s Obexion Max DOT SP packagings.

Reviewing each regulation on its own merit

Now, working in industry, I can see the benefits of the US approach but it comes at a price, that price being a delay in harmonization with the rest of the world and the consequent problems for industry.

Beetz:   The proposed rules don’t always stay the same because there is that public comment period where individuals and companies voice their opinions. PHMSA tries to review each regulation on its own merit and view the overall impact on transportation safety, but they’re also held to taking into consideration the economic implications that are associated with that.

I think a lot of the major changes are going to be adopted, certainly when there’s new UN numbers and proper shipping names such as those that have been recently developed for articles containing Dangerous Goods. It’s going to mostly harmonized with the international regulations, with a few things here and there that aren’t perfect for everyone.

But … should “harmonization” be spelled with a Z or an S?

Leach:   Well, it pains me to say it, but ICAO spells it with a zed. So, I guess I could live with it as a zed because it’s used elsewhere in regulatory text. If we can’t harmonize on that, what chance have we got with everything else?

Breaking News on Harmonization: The long-awaited PHMSA Final Rule harmonizing the 49 CFR with the 2016 ICAO lithium ion battery regulations was made official yesterday. Look for all the details in Brian Beetz’s post here on Friday, March 8th.