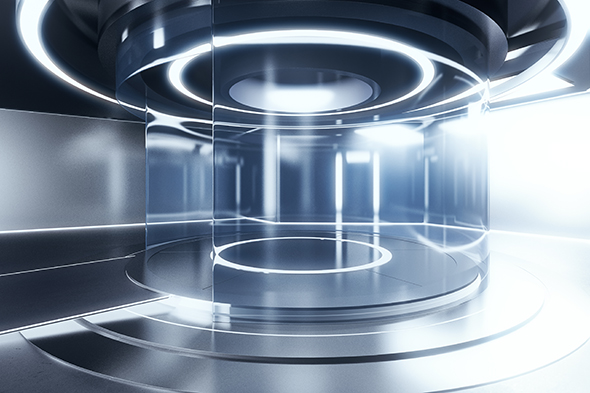 Hazmat teleporter not possible you say? Well, not with that attitude…

A couple of weeks ago, we published our 2018 DG Wish List, in which Dangerous Goods professionals from around the world shared their fondest dreams for the industry.

Most of these wishes were pretty practical, from simplifying lithium battery shipping regulations to making sure shippers were better educated about hazmat. Others were grander in scale—like getting DG pros the corporate recognition they deserve, hear, hear!—but still very much in the here and now.

But one anonymous wish really got us thinking: “a shiny, new Dangerous Goods teleporter.”

Now, that’s a wish with some imagination! At the time, we thought, Wait, that would put most of us out of work. But then we realized it wasn’t true. Even a game-changing technology like instant teleportation would still involve DG expertise.

Here are some DG technologies we’d love to see, and their ramifications for the industry.

Wouldn’t it be cool if you could put anything you wanted in a teleporter and have it instantly appear in another location halfway around the world? No carriers, no third parties, no DOT inspectors … and no DG regulations to worry about!

Yeah, and Dr. Seth Brundle might not turn into an insect, either.

As the manic inventor discovered in 1986’s The Fly, teleported substances can get contaminated. If the substances in question are especially volatile, sensitive or potentially deadly—i.e., if they’re Dangerous Goods—you’ll want trained professionals loading your transporter on one end and verifying exactly what’s supposed to come out on the other.

In other words, DG expertise will still be required in the age of teleportation.

If truck trailers, rail cars, shipping containers and air cargo bays were completely impregnable, would we still need Dangerous Goods regulations? After all, if the vessel can’t break, crack, rupture or leak, who would care how you packaged and labeled the stuff inside it?

The people who load and unload the cargo would still care. A lot. After all, that’s where most hazmat incidents and injuries happen.

Even if your hazmat shipments could somehow be contained with 100% certainty during shipping, they’d still need to be loaded and unloaded. So not only would packaging, marking and labeling regulations still apply, but so would all workplace hazard communication standards.

Our wish list, like last fall’s Dangerous Goods Symposium, had a strong focus on lithium battery regulations. Those energy-packed, thermally volatile, demonically regulated power sources have been the biggest story in hazmat shipping for years.

But what if a new battery technology came along that could run all our phones, laptops, toys, medical implants and miscellaneous devices without posing the threat of spontaneous combustion? If it made lithium batteries obsolete, could we forget about all those ever-changing, stress-inducing regulations?

Maybe. Someday. But meanwhile, what about the approximately 50 gazillion devices already out there? Even if people started trading them in tomorrow, the shipments to disposal sites would keep hazmat pros busy for years.

And besides … you just know that whatever technology replaces lithium, someone will eventually find a reason to regulate its transport. #guaranteed

Last year, this was only a dream, but now it’s a reality—lightweight cardboard packaging that contains thermal runaway without gels, pellets or heavy liners. We introduced it last fall: Obexion packaging technology.

True, Obexion doesn’t remove all the complexity of shipping lithium batteries and battery devices. You still have to comply with marking and labeling regulations, and (for now) you still can’t transport many shipments by commercial air. But if you’re shipping recycled batteries or recalled devices by ground—to name just two examples—your job is simpler today than it was this time last year.

And this technological breakthrough will not, under any circumstances, turn you into an insect.

Get complete details about Obexion at labelmaster.com/Obexion or call 800.621.5808.