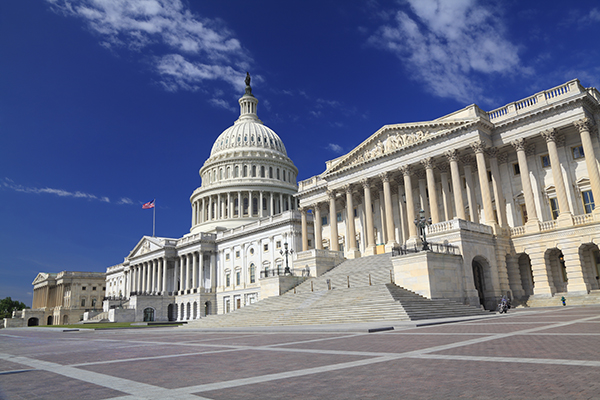 Bob Richard and Neil McCulloch co-contributed to this article.

When a US Senator proposes to spend tax dollars on a committee to “promote research and new standards for the safe manufacture, use or transportation of lithium batteries,” I can only sigh in frustration. This is exactly what was recently proposed by Sen. Bill Nelson, D-Fla..  He proposed legislation to lift the ban on FAA imposing restrictions on lithium-ion batteries and to create a task force to research new standards for the safe manufacture, use and transportation of lithium-ion batteries. Given the literally billions of batteries that have been transported since 1991, citing a list of 171 incidents involving all battery types having taking place worldwide over 25 years is hardly an argument for a siren call to action. Do we really need a government task force to research new standards? I think that industry and academia are already focused on developing safer designs. Just look at what Stanford University has been up to: https://news.stanford.edu/pr/2016/pr-safe-battery-toggle-011116.html.

Shoddy E-Cigs and  the “Hoverboard” Fiasco Contribute to Hysteria

A look at the incidents and an internet search will reveal that there have been some products were there hasn’t been sufficient safety oversight;  E-cigarettes and hover-boards for instance.  And there are other more exotic devices on the market that are  manufactured in places with lax safety oversight by companies that fail to meet even basic quality assurance measures.  Aside from the fact that consumer protection  and customs agencies have been quick to act to impound the import of some of these products many still arrive on our shores and put the public at risk.   It appears that the batteries powering some of these devices are *not* manufactured to the well-established, well-publicized standards developed and implemented by such international bodies as the United Nations Sub-Committee of Experts on the Transport of Dangerous Goods, standards bodies such as UL and IEC and industry groups such as PRBA and RECHARGE.  So instead of focusing on addressing the violators who put as all at risk what are some of our legislators proposing? The answer is more onerous, costly and restrictive regulations on the very companies that are producing quality products that are shipped compliantly.  The whole thing is like a bad dream that I hope to wake up from but unfortunately this is a reality.  The societal impacts of the latest round of air transport restrictions are yet to be realized but you can bet they will be significant.

In a curious twist, it appears that the FAA tests were actually conducted with batteries which did not meet the international standards and according to some sources may have been counterfeit.  The dramatic results that FAA published and brought to the attention of ICAO and the news media are not representative of all batteries on the market.  In short, it is true that non-compliant batteries are a problem, but there are compliant batteries and battery types that are much less reactive than those tested by FAA.

FAA failed to conduct testing on different types of batteries (e.g. lithium polymer).  Could this be why many industry groups are opposed to lifting restrictions on the regulations that FAA can impose on lithium battery shipments? Perhaps the time has come to incorporate additional entries in the regulations taking account of battery chemistry, intended use and the standards they are subjected to as opposed to ramming all lithium batteries into two basic categories; metal and ion.  How about entries for medical device batteries?  These are manufactured to very stringent standards, manufacturing controls and testing and are regulated heavily by agencies such as FDA.  And what about batteries used by our military? How will these restrictions impact our troops and their ability to carry out their mission.

This isn’t to say that action isn’t required.  But it should be appropriate  action that is targeted to delivering a direct safety benefit.  The regulations governing hazmat transport are well developed and proven to be affective; those involving lithium batteries included.  The safety gap exists where batteries are allowed to be manufactured and sold when they do not meet the internationally agreed standards.  Effectively ensuring compliance with the existing regulations will generate concrete safety gains.   More tinkering with the existing rules will arguably deliver the opposite. Do we really think those who skirt the rules today will suddenly become compliant when we impose regulations that are so confusing that the regulators can’t even agree on what is required?  Our government agencies need to collectively combat shipments of substandard non-compliant batteries because this is the true threat.

What is needed now is tough enforcement of these rules.   Too many manufacturers and shippers, especially in certain regions of the world, ignore existing design, manufacturing and testing requirements.  This will continue until enforcement is substantially increased.  This should not be frivolous violations against companies earnestly trying to comply with complex regulations but serious behavior changing sanctions on companies and individuals that intentionally put us all at risk.  Putting effort and resources into targeted enforcement is the appropriate way to address concerns with battery transportation safety.