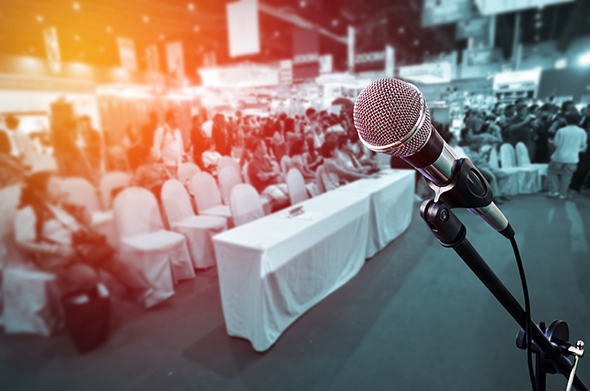 Brian Beetz, Labelmaster’s Manager of Regulatory Affairs and Corporate Responsibility, will speak about recent updates to the 49 CFR during the 12th annual Dangerous Goods Symposium, September 6–8, 2017, in Chicago.

Brian Beetz fulfills a role for Labelmaster that Labelmaster fulfills for its thousands of customers—making sure our products are compliant with the latest regulations and ensuring our workplace meets the latest health and safety standards.

He also manages our regulations hotline, where customers call or chat with their questions about Dangerous Goods compliance. So Beetz hears shippers’ most urgent questions firsthand.

The regulatory freeze made shipping lithium batteries even more confusing

Beetz says the bulk of inquiries this year came from shippers of lithium batteries and battery-powered devices who were confused by the delay in implementing the HM215N harmonization standards. (The final rule, originally scheduled for January 26, was eventually published in late March.)

“We had a lot of inquiries about lithium battery shipments, with the new mark replacing the handling label, and specifically about the new Class 9 label,” he says. “People were concerned. They’d say, ‘We started using these—are we going to have issues?’

“Finally, PHMSA issued an important memo at the end of February that basically said, ‘You’re not going to receive enforcement action against you for using the new labels. The rule is going to be approved, and we don’t want to cause issues for people shipping internationally.’”

He adds, “We heard a lot of the same confusion about the new UN numbers for shipping engines and machinery.”

Currently, Beetz says, “People are still getting caught up. There’s a two-year transition period from the handling label to the new mark.”

Such long transitions sometimes cause trouble. Witness the marking requirement for the size of the UN number on non-bulk packages, which became mandatory for international air and ocean shipments in 2014, but was optional domestically until January 1, 2017.

“Now the UN marking size is mandatory, and a lot of domestic shippers were caught off guard,” says Beetz. “For hazardous waste shipments, people were used to their old labeling methods with no minimum size with regard to the UN number. Labelmaster came out with a new design to accommodate the 12 mm requirement, but with the long transitional time frame, people think they have a long time to make the change and it slips through the cracks.”

All customer requests for custom hazmat shipping labels come through Beetz’s department for review, to make sure what the customer wants to create is compliant.

He says some of these requests reflect “a lack of training and understanding from shippers. People meet the general requirements, but they’re not getting the exact training for the products they’re shipping. They’re covering everything, but not learning the nuances with a specific chemical.”

Beetz is looking forward to networking with the world’s top Dangerous Goods trainers at the Symposium. “It’s a great experience to hear real-world scenarios, issues, questions and professional dialogue you can’t get anywhere else. It’s a relaxed social atmosphere to hear examples, ideas and new topics—all in one setting.”